Full S.T.E.A.M Ahead at Middleburg Academy

An independent school established in 2009 and now serving grades 8-12, Middleburg Academy is on a mission to meet the needs of students living in a changing world. You may have heard of the acronym S.T.E.M., the latest buzzword in education and part of an initiative to bring science, technology, engineering and math to the forefront of student learning. “By 2020, 80 percent of jobs will be S.T.E.M.-related,” said Colley Bell, the head of the school. “We want students to be nimble as they navigate through life, and that means preparing for a world that is constantly changing.” 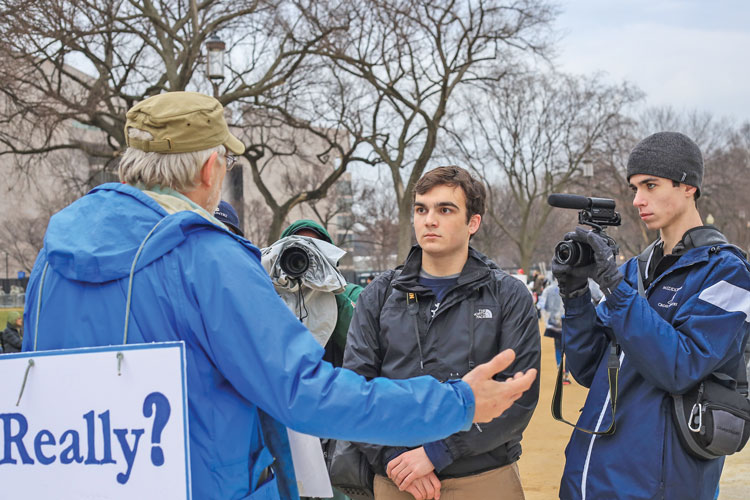 Faced with apparent limitations, however, S.T.E.M. wasn’t proving to be the complete package for Middleburg Academy students. “The feedback we were getting from engineering colleges and universities was that students were coming to them mathematically sound, but they did not play well together,” said Colley. “They couldn’t collaborate or express themselves. That’s great for sitting in a cubicle, but the new world order is demanding much more from them.”

It seems that this missing component—the ability to collaboratively solve complex problems in a real-world setting—is solved simply by converting S.T.E.M. to S.T.E.A.M. The ‘A’ stands for the arts, which complete the package by wrapping creativity, critical thinking, communication, and collaboration into the benefits of S.T.E.M. “There are no collaborative elements in S.T.E.M., no arts, no humanities,” said Colley. “To us, S.T.E.A.M. is about preparing kids for the real world by integrating hands-on collaborations.” 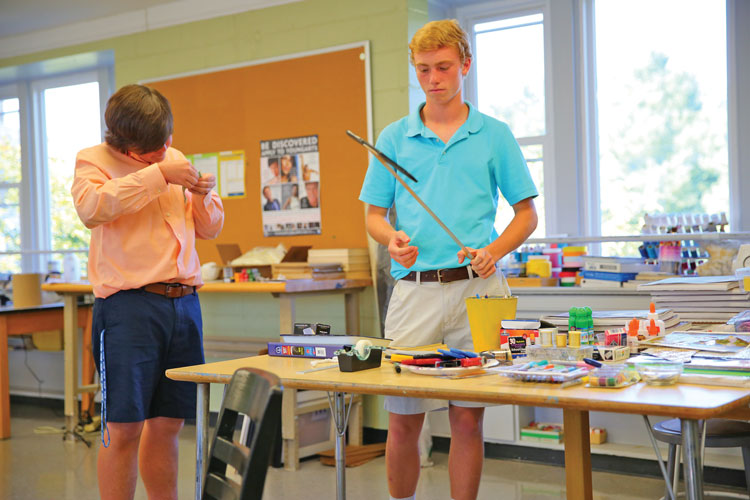 Engineering students working away during a lab period.

S.T.E.A.M. was launched at Middleburg Academy in 2014, shortly after Colley took over as head of the school. Middleburg Academy had recently made the transition from a Catholic school known for its sports program to an independent school focused on a balance between sports and academics. Colley, along with the school board, staff, and students, was challenged to make decisions about Middleburg Academy’s new direction. “This was at a point when education was really changing and transforming,” said Colley. “The three questions that guided us were, ‘Who are we, where are we going, and who is going with us?’”

The promise of reinvention was exciting, and Colley met with students to discuss what could be done to better prepare them for higher education. Low college completion rates forced the consideration of developing traits like cooperation, self-advocacy, passion, grit and adaptability to ensure success in any environment. The main question became: How can students develop these traits while preparing for a world driven by technology? 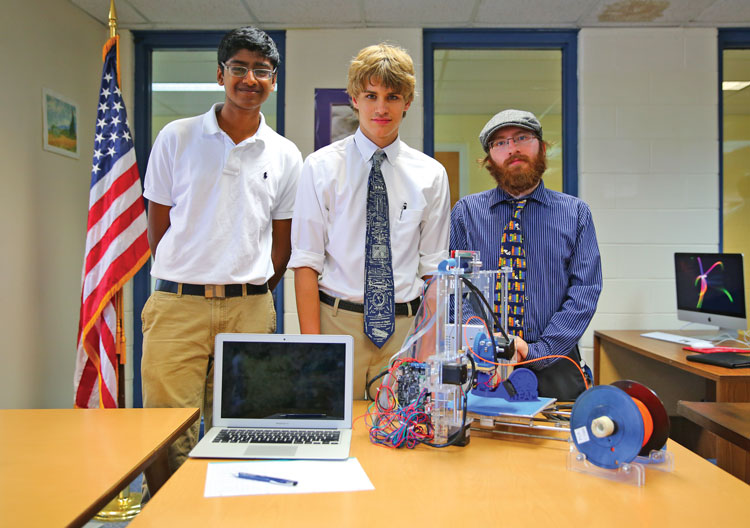 Middleburg Academy is the only independent school in the region working with the PLTW program. “We’re in our second year of S.T.E.A.M., and it’s continually being built upon,” said Director of Advancement Edwina Bell. “Now PLTW is unfolding and evolving as well as our students take courses and discover their interests.”

PLTW’s problem-based learning model presents students in computer science and engineering classes with hands-on activities that build strong foundational skills in these areas. From there, students progress to choosing a creative group project aimed at making a difference in the computer science or engineering fields. The next step is a national competition where teams present their project to a learning community made up of peers and judges.

This national competition is the culmination of, and undoubtedly the reward for, a year of collaboration, trial, discovery and problem-solving. On April 28, 2017, teams from Middleburg Academy will travel to the Kennedy Space Center in Florida to present their projects at the Conrad Spirit of Innovation Challenge. The Conrad Challenge is a multi-phase competition that challenges participants to develop solutions to real-world problems.

Though S.T.E.A.M. is part of the school curriculum, the Conrad Challenge is voluntary, which Dave Gillis says is by design. “When you volunteer for something, you’re more committed,” he said. “To me, this is a great opportunity for the students to step out of their curriculum and dream big.” 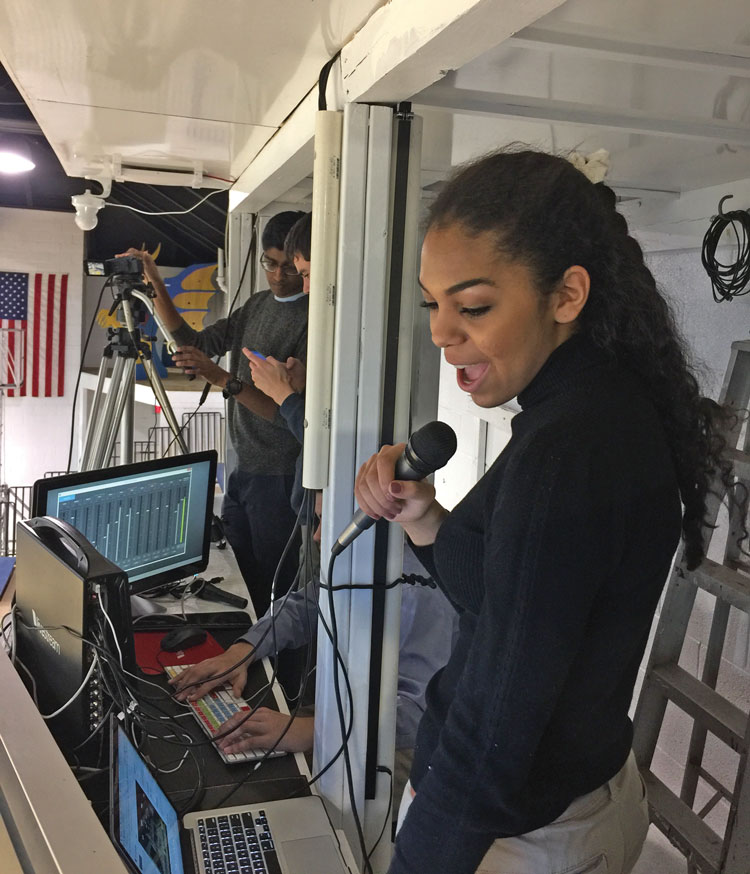 Sophmore Chlesea Penfield during a live stream broadcast on youtube.

And dream big they do. Engineering students competing in the aerospace engineering category are working on developing a project that will aid in enhancing the transportation, navigation, and communication on Mars. Another group, motivated by the illness of the team leader’s great-grandmother, designed a pair of augmented braces intended to speed up the recovery of those with leg infirmities. Both teams have spent the year coordinating schedules, avidly researching, experimenting, and consulting with their mentors and with each other to refine their ideas.

These young people are excited about their futures and confidently dream about being inventors, aerospace engineers, and doctors. The future will certainly need the talents of those who can solve questions related to these fields. Because these students have fallen in love with a creative curriculum designed for deep learning, it seems likely they will be among the ones to do it. ML