Story and Photos by Callie Broaddus

September 1st capped off another better-than-ever season of the popular grassroots show jumping series, Twilight Jumpers. The show series, which attracts a lawn-full of spectators in addition to ringside boxes and tailgates, features two classes: one open only to children and adult amateur riders, and a 1.30 meter Mini Prix open to everyone, including professionals. This year, Twilight Jumpers welcomed top grand prix and event riders from nine countries, competing alongside local heroes and homegrown talent. 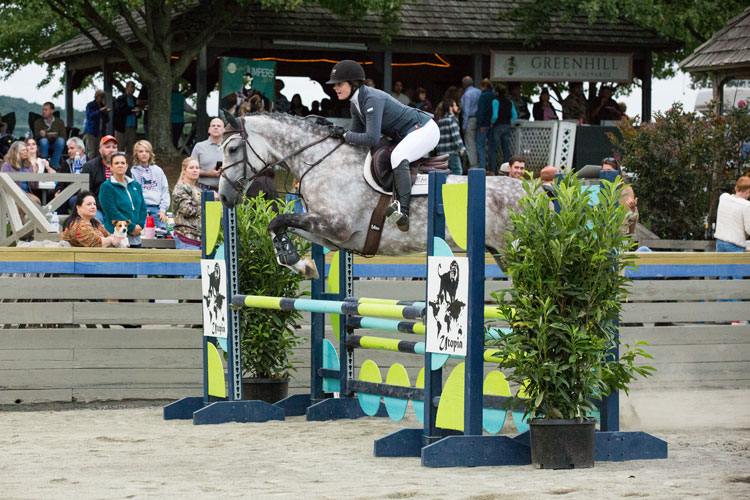 The bonuses—established by Mike Smith, President of the Upperville Horse Show—are great incentives for riders in both classes to come back each month to compete; whereas prize money traditionally goes home with the horses’s owner, the cash bonus is a special prize awarded to the season’s most successful rider in each class.

Matt Hollberg clears the final fence in the Mini Prix jump off on Fox View Farm’s Philadelphia 54, to finish in 3rd place.

“We are lucky to live in an area heavily populated with very talented jumper riders and event riders,” says show manager and rider, Elizabeth Billings. “We limit the class to 20 entries and get some really top quality riders bringing young horses to gain exposure to a lot of atmosphere, and event riders who are very brave and love the idea of prize money.”

The series of four Friday nights spaced out from May to September brings a crowd-rousing spectacle to Great Meadow that is truly unique in the horse world.

Since its inception, the series has aimed at bringing out a crowd of spectators and slate of competitors like one might see at an “A-circuit” Grand Prix. But it was established with a second objective in mind. The series is presented by the High Performance Equestrian Foundation, whose stated mission is “to cultivate and provide financial support for the capable, under-funded rider.”

With that in mind, the series is structured to enable riders to come out and compete in a fun atmosphere, without the added stress of breaking the bank. “A $5000 Mini Prix for a $100 entry fee is definitely the biggest bang for your buck in the show world,” says Billings. “No stall fees, office fees, nomination fees or the multitude of other fees you are usually hit with to compete in a money class.” 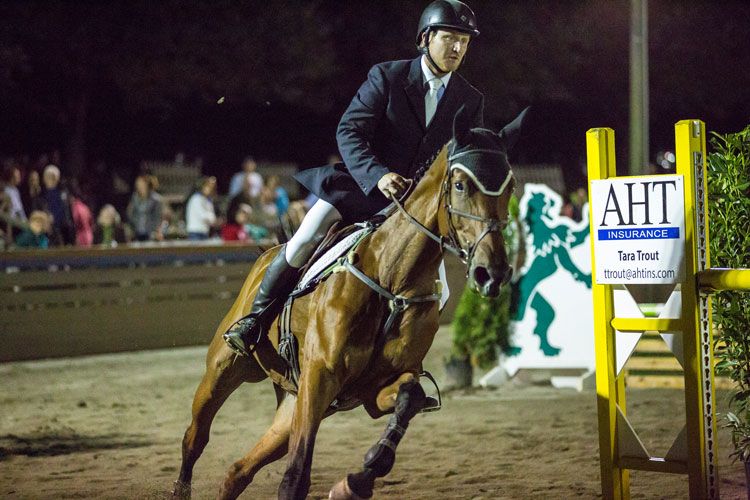 Eventer Kurt Martin on Anna Bella, owned by the Anna Bella Group, execute a tight turn in the jump off of the $5,000 Mini Prix. The pair finished 4th.

Twilight Jumpers will resume for its seventh season next spring, but the organizers will be busy in the meantime, looking for ways to improve the footing and lighting in the warm up and show rings, as well as a few other potential developments to bolster this increasingly popular summer series. “Its such a great grassroots competition, bringing everyone together,” says Billings. “Its a wonderful melting pot of people from the polo, racing, hunters and jumpers, fox hunting and eventing worlds.” ML 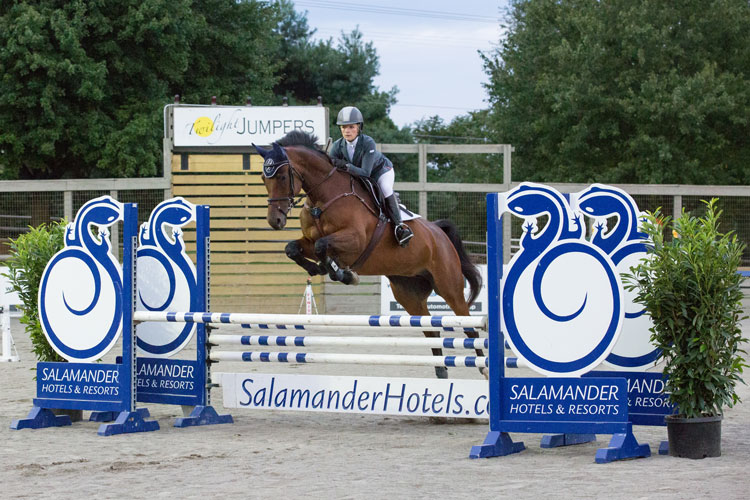