Then & There: Foxhounds and Early Dog Shows

In September 1859, at the 26th annual Cleveland Agricultural Society Fair, there was an exhibition of foxhounds. Previously, there had been sheepdog exhibitions at agricultural meetings, but, as reported in a local newspaper, “This was the first show at which a prize had been offered for a display of such animals.”

Actually, there were two prizes: a silver mounted hunting whip and £5 for the best couple of foxhounds, and a pair of spurs and £2 for the second best. The fair was held in Yorkshire at Redcar, a town north of York on the coast of the North Sea.

Eight nearby hunts exhibited 10 couples of hounds. Among those participating were the Sinnington and Bedale, territory that was hunted by George Villiers, second Duke of Buckingham, during the last quarter of the 17th century. Until this time, the fox was hunted as vermin by whatever dog or hound that was handy; beagles, terriers, harriers, greyhounds, and staghounds among them. For foxhounds to be developed as a breed, the status of the fox had to be elevated, which in reality, did not take a great deal of promoting. The fox had always provided an exhilarating chase. As described in 1674 by Nicholas Cox in “The Gentleman’s Recreation,” “Fox-hunting is very pleasant; for by reason of his strong, hot scent he maketh excellent cry.”

The Duke of Beaufort’s foxhounds at the Islington show, 1862.

Villiers hunted from Helmsley Castle, midway between York and Redcar, and kept hounds for hunting the fox for sport. His interest would lead to selective breeding and the formation of the Bilsdale Hunt, dating from 1689.

In December 1860, Birmingham hosted the first dog show to be billed as an exhibition of sporting and other dogs. There were 267 dogs on display, including six foxhounds from two hunts. The foxhounds, according to The Illustrated London News, “were a mere name, both in quality and number, and, considering how many kennels there are within an hour’s ride of Birmingham, it was rather strange that a ten-guinea cup and three other prizes should not have roused the masters and huntsmen into action.”

At the 1862 dog show that took place at the Agricultural Hall at Islington, London, with over 800 entries, there was a special exhibition of foxhounds. A competition between

packs had been envisioned, with a valuable silver cup as first prize. Only one pack, however, made an appearance. It was the Duke of Beaufort’s hounds from the Badminton kennels, composed of 20 couples (the maximum size allowed for each entry) divided between dogs and bitches. They were watched over during the show by the huntsman and the first whipper-in. With no other kennels competing, the duke declined to accept the trophy. The show committee then awarded the duke’s huntsman a different silver cup valued at over £10, for making such a fine show of the hounds.

The first prize foxhound at Islington, 1863.

The hounds were singled out in the journal, “Bell’s Life,” as particularly praiseworthy for being “especially even and well matched,” and “having the same character about them all; with size, bone, and symmetry, they had the same good-looking ‘hound heads,’ finely shaped and well marked.”

After four days in the exhibition hall, with two days left in the show, the huntsman took the hounds back to the Badminton kennels — the noise and excitement caused by visitors and other dogs was taking a toll on their health. A writer in “The Field” stated, “We fear that the public will never again have a similar opportunity of seeing such a pack of foxhounds exhibited.”

Far more often than not, there were no foxhounds exhibited at early dog shows. The shows in Birmingham, however, were an exception and continued to draw entries through 1867, following which there was a long hiatus. The popular opinion was that masters of hounds knew who the good hounds were and did not need shows for improving the breed, something they had been doing on their own since the time of George Villiers.

While they did not need a general show, a specialty show was another matter. The impetus set in motion by the Cleveland Agricultural Society’s meeting was sustained by the York Hound Show. The demise of the York show led to the creation of the famous Peterborough Hound Show, still in existence today. ML

This article was first published in the August 2020 issue of Middleburg Life. 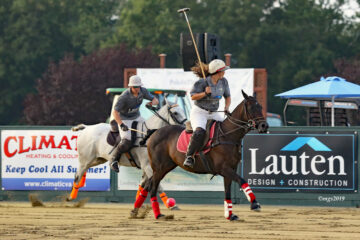 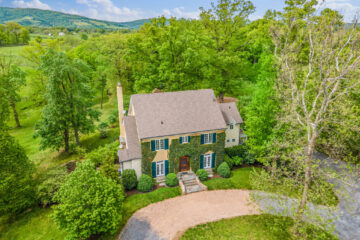