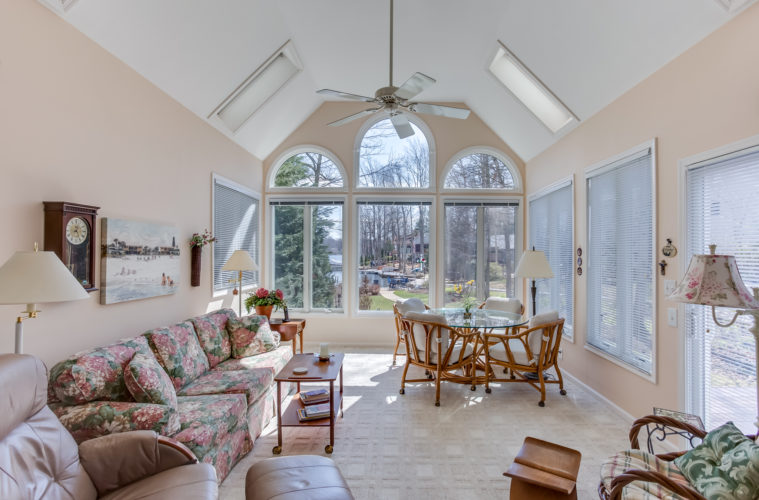 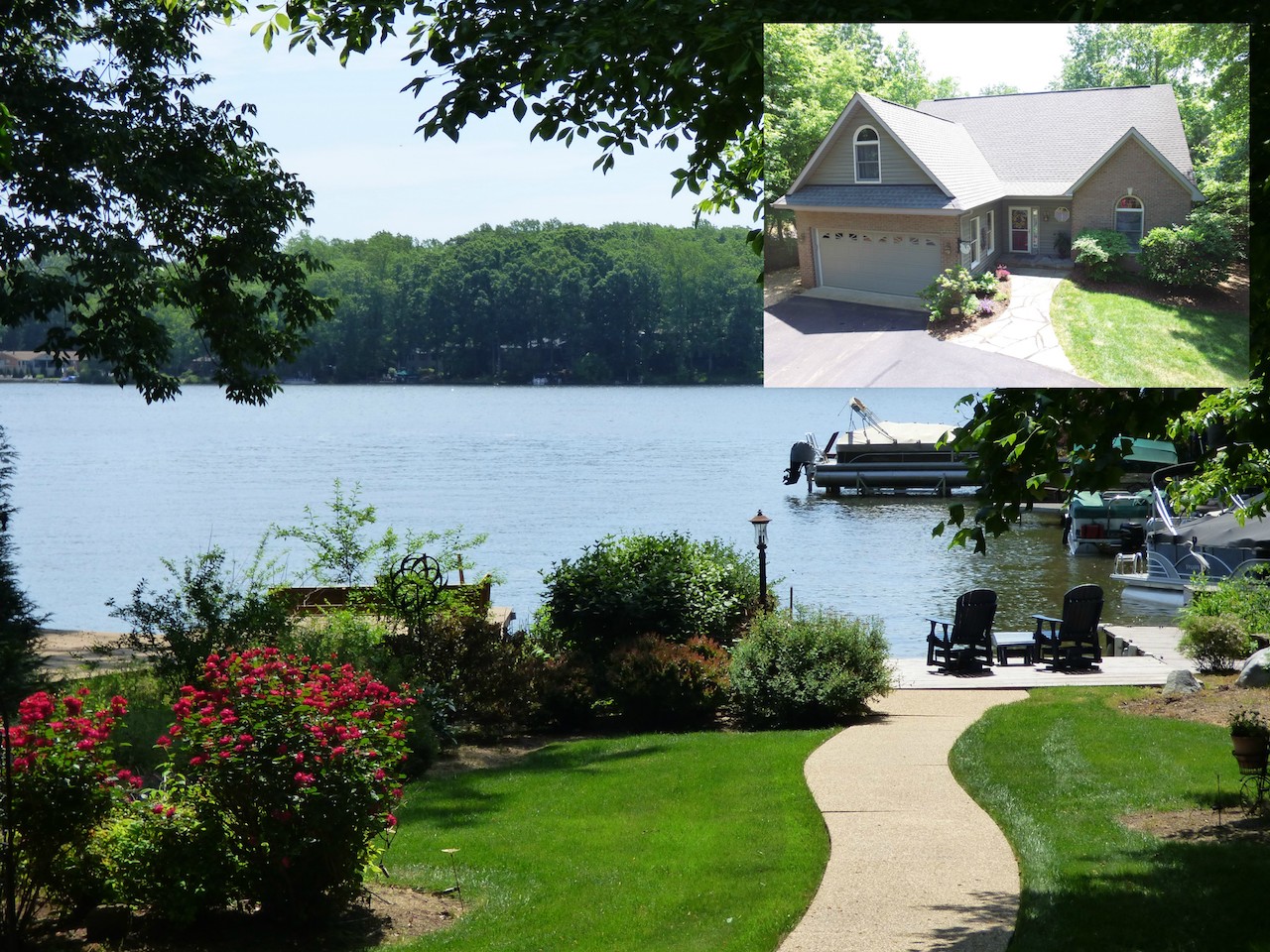 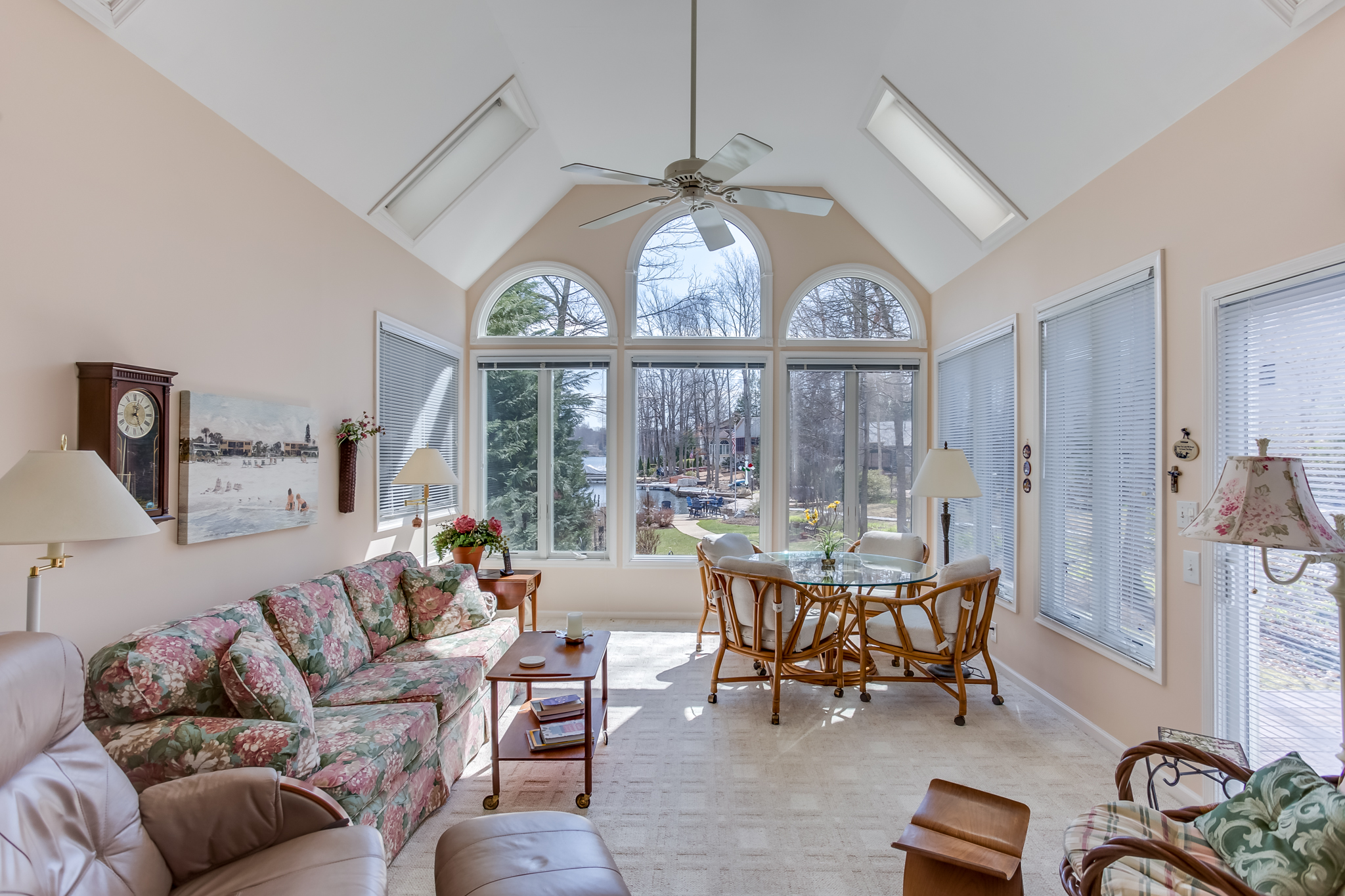 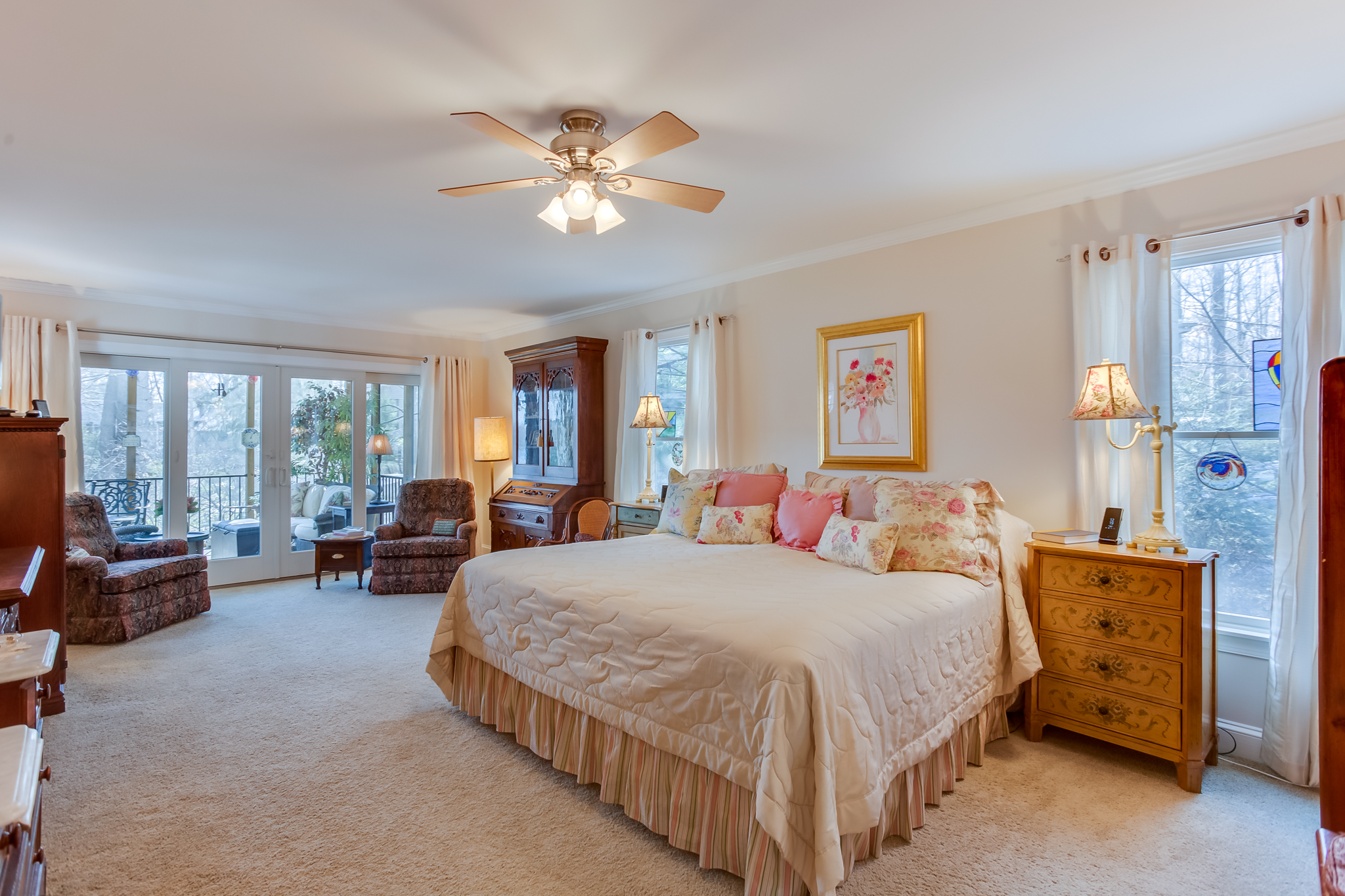 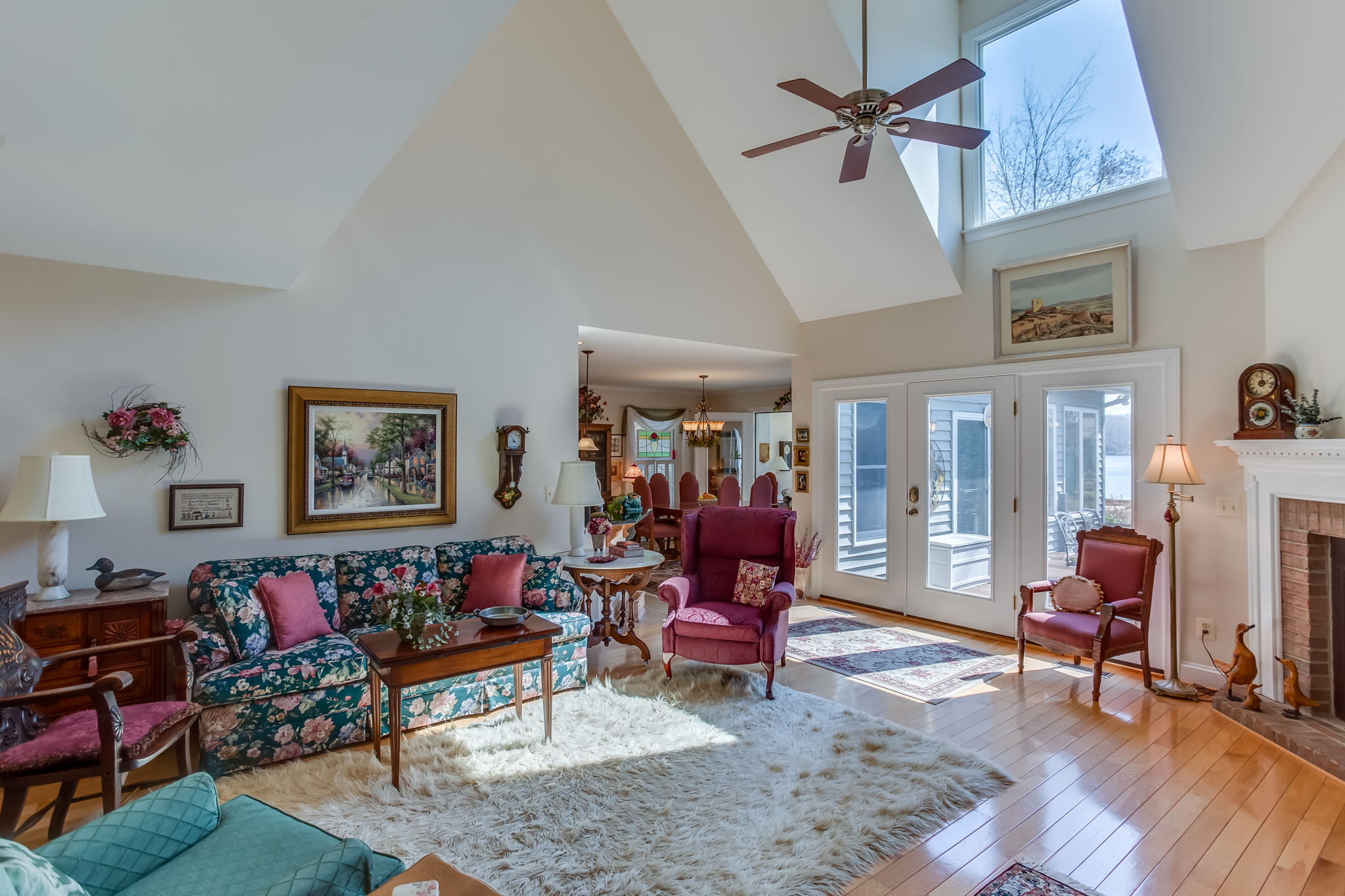 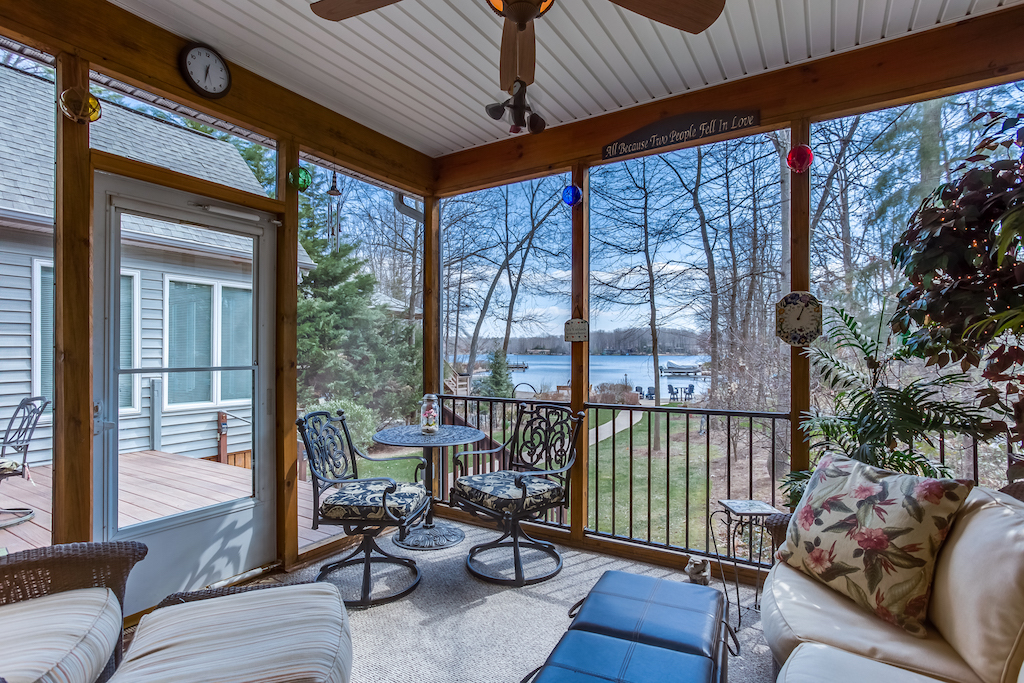 Enjoy the recreational lifestyle as a fulltime resident or your weekend get-away. Located only 45 minutes from Middleburg. Visit www.pennyohomes.com to view the details of this home or to find additional information on why Lake of the Woods is the place for YOU!

A Dream Gone From Bad To Good

Story and photo by Linda Barrett

A dream home’s construction took nightmare turns. How can you prevent this happening to you? Michele Mitchell purchased a 2,600-square-foot rambler in Warrenton, Virginia, with dreams for a happy future there. It wasn’t long, however, before this idyllic dream turned into a 1 ½-year, hugely expensive nightmare.

When purchasing the older home, Mitchell decided it needed renovation and a 1,000-foot addition, so she turned to the trusted contractor who had previously worked for the family. He quoted the job based on her architect’s drawings within her budgeted amount of $400,000 and was hired.

As the demolition and re-building process progressed, the contractor began front-loading his bills and charging for items not yet finished. Then he started asking for more money and jumped the estimate to $600,000.

“That’s when I started to get suspicious and brought in a second contractor to give his opinion,” Mitchell said. This contractor concurred with Mitchell and agreed to take over the work.

Failure of the Second Contractor

The second contractor had similar non-performance issues to the first, and again Michele found herself on her own. In the meanwhile, the lease on her temporary quarters was ending, and although there were no toilets or running water in her new home yet, she had to move in.

Frustrated, Mitchell tried to contract the work herself, hiring a plumber, electrician, roofer, etc., with the bills continuing to mount. Her biggest problem was the roof. Her plans took the standing seam metal roofline from a relatively flat design to one with many gables, however, there were many problems with the previous contractors’ work.

Her attorney suggested she hire a private inspector to review the existing roof work to help determine where to go from there.

Mitchell searched online for more than a month for a home inspector specializing in construction errors before finding Matthew Furlong of Först Consulting Group, a local construction expert and
homeowner advocate.

Looking at the metal roof, Furlong immediately noticed scratches and incorrectly folded standing seams. After inspecting the roof, Furlong felt he had to point out other construction errors he spotted, telling Mitchell, “You’re in trouble here, but don’t know it.” The errors included a large foundation crack and delamination of the newly installed stone veneer. It was literally falling off of the house. Mitchell asked Furlong to return for an entire-house inspection. What he found “took my breath away,” she said.

Furlong’s inspection resulted in a 102-page report of construction and code violations, including photographic documentation. In all, Först Consulting identified 45 deficiencies that did not conform to the design requirements of the approved plans and/or residential construction industry standards in five major categories: electrical, building, plumbing, mechanical and tile.

Armed with this report, Mitchell could show her new contractors exactly what needed to be done, and with evidence that would serve as a key element in her legal defense, she filed a lawsuit against the second contractor. With Furlong serving as the expert witness, she reached a settlement amount.

“Before I found Först Consulting Group, I felt I had nobody to talk to and worried I would keep being charged more money—I was already way over budget,” Mitchell said. “I trusted nobody at this point. I learned I could ask Matthew for recommendations on contractors and that I should have engaged him as a construction project manager for the entire job. If I did it again, I would definitely bring him in from the onset.”

“The best time to bring in a homeowner advocate is at the beginning of a construction project—even before the contract is signed,” Furlong explained.

Once a defect is suspected, it’s up to the homeowner to prove an error has occurred. A contractor can argue that the work was performed correctly, which can lead to a legal dispute without evidence from a qualified third party.

“There is an epidemic of construction defect problems out there, and there’s not always a remedy after the fact,” said construction law attorney John C. Cowherd of Oakton, Virginia. “If the contractor is broke, the property owner may never get their money back. If the contractor was never qualified to do the work, the owner may struggle to get the contractor to finish or correct deficient work. Therefore, it’s important for property owners to do their own research vetting potential contractors. Disputes can easily end up in arbitration or litigation.”

Builder contracts often favor the contractors who write them. Homeowners should scrutinize protection clauses, such as those defining scope of work, quality standards, allowances, insurance, indemnification, payment, change orders, escrow and payment withholding, warranty, termination and dispute resolution. Owners should determine whether these clauses adequately protect them before signing.

Many construction contracts also contain arbitration clauses unfavorable to the homeowner. “People think arbitration will be easier because it does not involve going to court, but it can actually cost more,” Cowherd warned. Not only does the homeowner have to pay their own attorney and expert witnesses, they may end up paying half or all of the arbitrator’s legal fees.

“Arbitration proceedings usually are not made public unless a prevailing party takes the arbitrator’s award to the courthouse to make it a court judgment,” he added. “Some contractors use the privacy of arbitration to keep potential customers from seeing how often they are sued. They may put an arbitration clause in a contract so that the owner will be required to make a significant upfront deposit to get the arbitration proceeding going. For many owners, this is a hefty obstacle to proceeding with arbitration, especially to those who exhausted all their resources on construction costs.”

Tips from A Construction Law Attorney

Cowherd offers this advice for vetting a potential contractor:

Check online reviews on sites like Yelp, HomeAdvisor.com, and the Better Business Bureau, but don’t stop there. “Sneaky contractors can use these sites to their advantage by gaming the ratings and reviews systems to paint an incomplete picture of their companies.”

Check for an active license at the Virginia Department of Professional Occupational Regulation (DPOR). Has the contractor been disciplined or failed to perform professional obligations?

Check court websites for lawsuits in each jurisdiction where the contractor does business.

Comparison shop. Interview two to four contractors and see how they answer the same questions in different ways. Do not choose based solely on price.

Have a qualified professional review and help negotiate the contract and review arbitration clauses.

Work with qualified builders and advisors to alleviate the stress and risks of renovation and addition projects and actually enjoy the process and results.

Mitchell said she wouldn’t hesitate to build again, knowing what she knows now, and she wants her story to serve as a warning and resource to others. “I just don’t want this to happen to anyone else,” she said. ML

This article first appeared in the August 2018 Issue