Shakespeare In The ‘Burg

Photos courtesy of Shakespeare in the Square

It began with a play. Genie Ford was attending a performance of Shakespeare’s “Twelth Night” when the idea came: Why not do this in Middleburg, too? As a lover of Shakespeare and an advocate of the arts, she knew Middleburg needed Shakespeare. 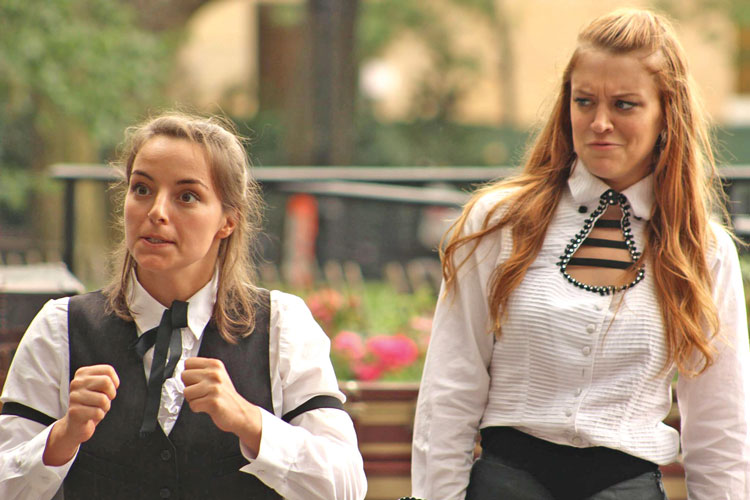 Malena Pennycook and Chelsea Frei are among the cast of performers in this year’s Shakespeare in the ‘Burg.

Co-directing the play is Hill School  alumnus Dan Hasse, who is now the co-founder and artistic director of Shakespeare in the Square.

The festival is continuing its tradition of a one-act play competition to showcase emerging playwrights. With hundreds of submissions from multiple countries, Shakespeare in the Square will be doing a staged reading of three of the winning plays.

“Shakespeare is meant to be performed, not read,”
-Ford

Ford believes Shakespeare in the ‘Burg’s performances are delivered with respect for Shakespeare’s original intentions. His performances were held on bare stages, with a focus on the language and the acting. “Shakespeare is meant to be performed, not read,” said Ford. “With Shakespeare, it’s about the play. It’s how he wanted it performed and it’s most effective still.” 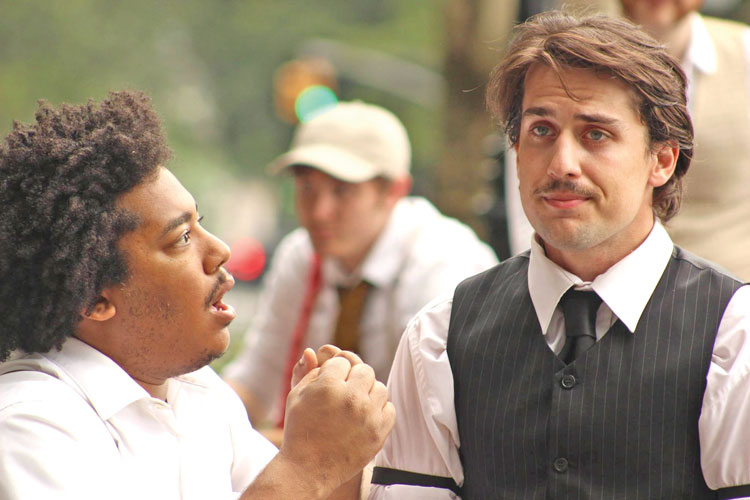 Ford is passionate about bringing Shakespeare to modern audiences and showcasing the importance of the arts.

“More than ever before, we have to fight for the arts — it’s in jeopardy,” Ford said. “The arts enrich our lives. Food and shelter is important, but so is art. So is music. So is  literature. So is theater. Art is central to our better natures.”

If art teaches us how to live, then Shakespeare was a master teacher, according to Ford, and his works contain themes that are relevant today. She believes Shakespeare is accessible to modern audiences, since his themes are universal.

“Little by little, people will open their eyes and see that Shakespeare can be their thing,” said Ford. “It’s been over 400 years since his death, and his themes [still] ring so true, especially in our country now. The themes in his play can teach us a lot.”

The performances will be held at The Hill School’s Sheila Johnson Center for Performing Arts, 130 S. Madison St. in Middleburg.

“Two Gentlemen of Verona” will be presented Saturday, April 1, at 7:30 p.m. On Sunday, April 2, at 11 a.m., performances of the winning one-act plays will be held with a brunch — also at The Hill School. 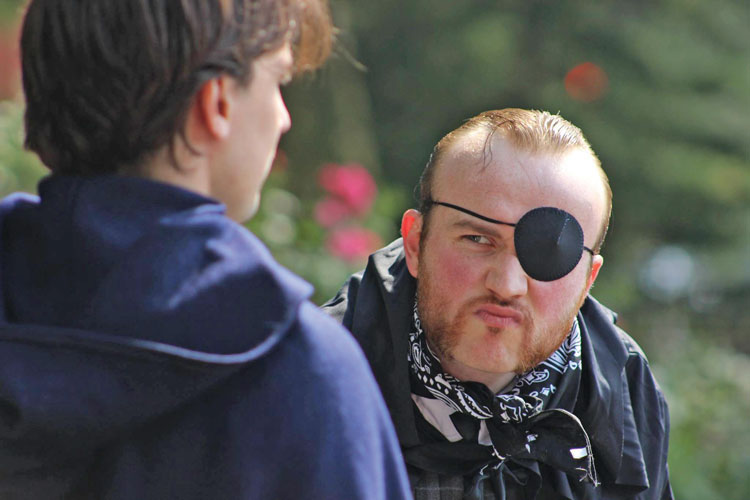 Felix Birdie is just one of the talented actors in this year’s Shakespeare performance.

The Shakespeare in the Square  actors will also be presenting workshops at The Hill School. Nicolo Whimsey will  perform at the Parish House, Emmanuel Episcopal Church, 105 E. Washington St. in Middleburg at 3:15 p.m., Friday, March 31.

Tickets for “Two Gentlemen of Verona” are $45, tickets for the Sunday brunch are $30 and the Nicolo Whimsey workshop is $5.

To purchase tickets or for more information, visit shakespeareintheburg.com. ML