Greatness is a quality often debated. Are you born with it, can it be demonstrated in just one moment in time, or is it the accumulation of a lifetime of consistent achievement? Sports pundits will weigh in ad infinitum on this point, rarely reaching accord.

In the case of Will Simpson, 2008 Olympic Team Gold Medalist in Hong Kong at the Sha Tin Equestrian facility riding Carlsson Vom Dach, and national and international Grand Prix champion, there is no room for debate, as he has risen above the field time and time again and when it mattered the most. But, more importantly, he has the mental clarity, commitment and passion to demonstrate his extraordinary level of achievement in all facets of horsemanship along with a “competitive fire in his belly” that still stirs a call to action towards the Olympics in Japan three years away.

Sitting down with Simpson, who’s based in Thousand Oaks, Calif., is a delight, as it does not take long before you’ve found the key to mutual understanding. It is not about him; it is about each and every horse, each and every day, and the excitement of the journey.

He credits a lot of his inner competitiveness to his father, also an athlete, who encouraged him to try many sports during his youth. His first horse, Glenda Jo, was special, winning eight out of eight classes at two different shows, an unusual feat that built early confidence and a determination to win. He’d started riding at age 11, and with these early successes and a great love of the outdoors, he decided he wanted to “become a cowboy.” 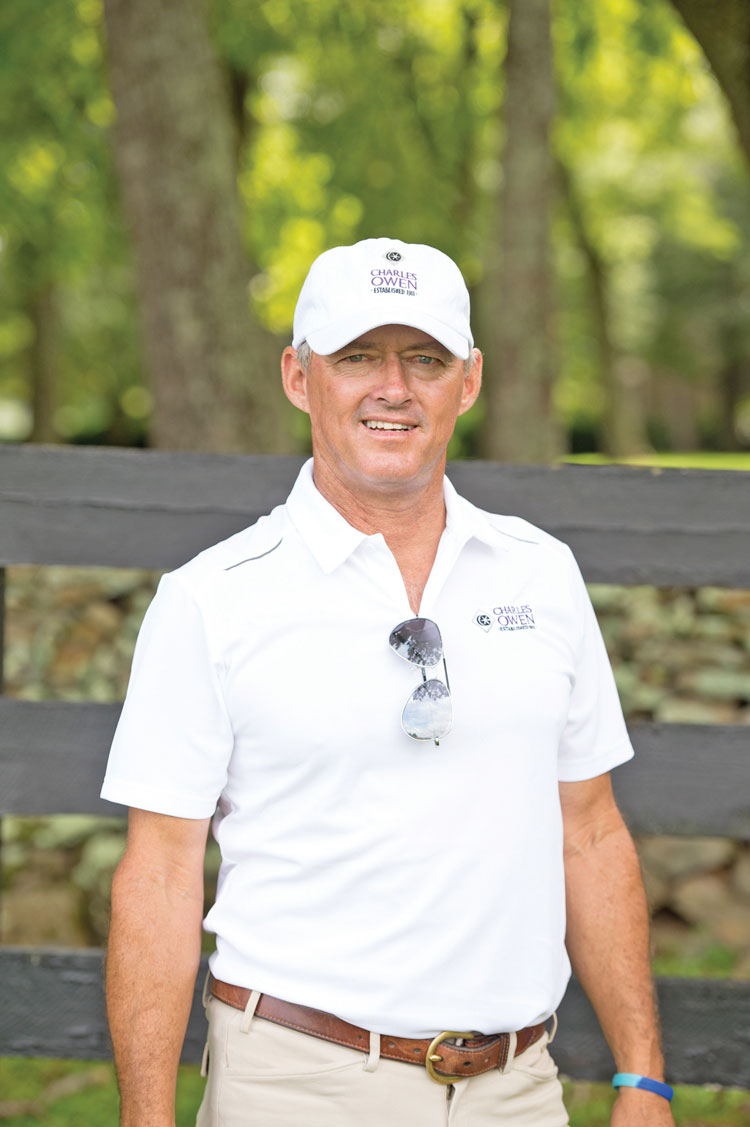 Will Simpson at Rutledge Farm to teach inaugural clinics.

He also traveled around the country, watching and learning from the greats like Rodney Jenkins, George Morris and Bernie Traurig, something he still does today. His approach reminds one of Bruce Lee, who studied many different martial arts styles and mastered multiple physical disciplines to reach his peak performance. Simpson appreciates the rodeo riders and multi-generation cowhands who have learned how to get the most from their horses, and he applies this to the training of jumpers.

What he loves to share is that his job is to read a horse, to find out what it needs to be an athlete. Having worked on many breeding farms early on in his career, a big part of the excitement for him is “discovering that 3-year-old horse, the little things they do that tell you it’s worth putting in another five years to have an 8-year-old superstar. That is a very special moment when you recognize that potential.” He has found that when those initial instincts turn out right, “that is my key moment of success and satisfaction.”

In addition, there is an art to controlling the adrenaline and truly pairing the abilities of the horse to what is needed in the moment. You need “to conserve the horse throughout each competition, giving just enough but no more than you have to to get the job done. You’re training them as to what they are capable of on a consistent basis even while competing.” Furthermore, “you have to have 100 percent confidence in each other; if there is even an ounce of doubt on either side, you can’t be your competitive best.” He called upon that knowledge and skill to perform his perfectly clean jump-off ride at the Olympic Games, clinching the team gold medal, where 35 years of preparation and lead-up gave him the opportunity to “show the whole world how great this horse was.”

The wonderful thing about horses is that they can pick up on anything in your head and body. They are amazingly intuitive, and the horse is trying to understand what you want to make you happy. “The horse is actually trying to find the easy path to his existence; a well-timed release of the contact with the bit to show the horse that he has performed the task properly is the greatest reward you can give him,” says Simpson. “The result is that you’ll get lighter and lighter with the horse, with every little nuance telling him what is needed and him responding to your wishes.” 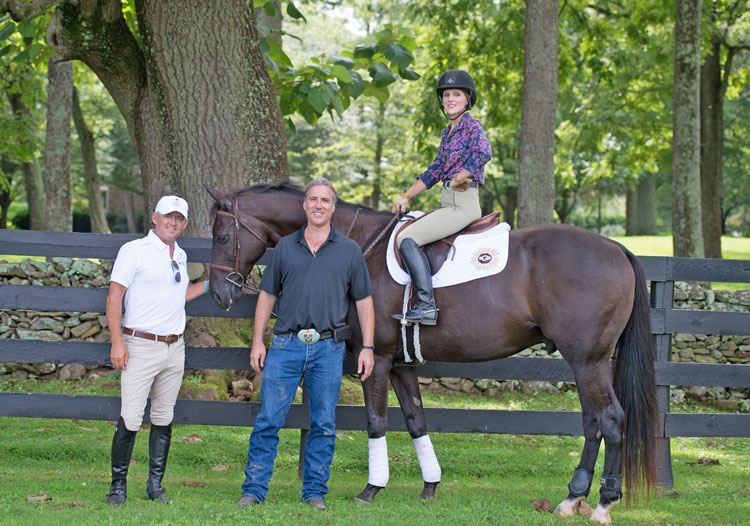 As a trainer, his ultimate success is “to bring a horse along, conditioning and maintaining him properly, showing that horse how good he really is, having him become a winner, and then turning that horse loose to go on and win with someone else.” Emotionally, it can be difficult; however, it is a business, and he treats it as such. Although he’s had his favorites along the way, Simpson knows that if he does his job well, many of these horses will move on to others.

So, why was Simpson in Middleburg? More than 30 years ago, a 16-year-old’s stepsister, Sheri, living in Charlottesville, knew that her brother would love to meet and train with a really young, up-and-coming Grand Prix rider making a name for himself. Aleco Bravo-Greenberg had the good fortune to meet Simpson and learn from him, forging a lifelong friendship. After some years apart, Bravo-Greenberg tracked him down in California back in 2006, renewing those ties.

Now that Bravo-Greenberg has undertaken extensive renovations and upgrading of Rutledge Farm, he invited Simpson to be a part of his inaugural clinics for riders seeking world-class training. August 29th and 30th found Simpson here where he conducted two afternoon clinics to very attentive and appreciative students. Simpson and Bravo-Greenberg laid out the course at what Simpson deemed a “first class outdoor arena,” and by all accounts it was a great success.

Simpson also is very involved in a nonprofit called The Compton Jr. Posse, where for 10 years he has been part of programs to keep kids off the street and teach them the responsibility and confidence that comes from riding and taking care of horses. In order to remain in the program, the kids have to keep good grades in school, be good citizens and perform their duties in the program. During fundraisers for these programs he’s developed a “mean” barbeque talent, with his auctioned dinners fetching as much as $20,000 each for Compton Jr. Posse.

His daughter, Sophie, 19, and his son, Ty, 15, are both riding competitively, too. Sophie started riding “at two days and never looked back,” and Ty joined more recently about 1 ½ years ago. So, in addition to planning to continue to ride competitively himself for another few years, he’s looking forward to “following them around as they compete.”

With a little luck and perhaps some encouragement from the Middleburg community as a whole, we’ll be seeing more and more of Simpson at Rutledge Farm as rider, trainer and coach. In the meantime, if you happen to see him around town, say hello. He’s simply great. ML