Power of Partnerships to Brighten Futures

Partnerships: they have the power to move mountains. That’s the mission for one organization that has teamed with others to improve lives around the world and locally in Loudoun.

Founded in 1986, INMED Partnerships for Children is an international nonprofit that has worked in more than 100 countries for over 30 years to help create a world where children are safe, healthy, educated, and are provided access to opportunities to thrive. Through multisector partnerships and in-country affiliates, INMED (acronym for International Medical Services for Health) delivers innovative and sustainable approaches to break complex cycles of poverty. Programs in smart agriculture and aquaponics, maternal and child health and nutrition, and tropical disease prevention have dramatically enhanced the lives of millions of children and their families. While INMED’s international headquarters is in Loudoun, they also have staff on the ground in Peru, Brazil, Jamaica and South Africa.

Dr. Linda Pfeiffer, INMED’s founder, president and CEO, lives in Upperville in a former boy’s academy dating from the Civil War. While completing her doctorate in archaeology and anthropology, in 1981 she led an excavation in a remote fishing village around Rio Arriba in the swamps of southern Mexico near the Guatemalan border. After spending time with the villagers, she realized that some well-intentioned medical supplies from the developed world were sometimes ineffective and could cause more harm than good. For example, one shipment of donated medicine arrived with instructions in English; without a qualified recipient, a parent accidently gave her child the wrong medicine. After returning to the U.S., she worked for an international relief organization becoming more convinced that partnerships with nonprofits, businesses and governments were key to opening lines of communication leading to responsive assistance.

In October 2015, the organization opened their Family and Youth Opportunity Center (known as the Opportunity Center) near their international headquarters in Sterling. Pfeiffer added, “We always dreamed of having our own center. And our dream came true.”

Their work also got the attention of the Freddie Mac Foundation. In 1994, INMED was able to convince the giant enterprise to support their program locally. INMED also works with Loudoun County Department of Family Services, and they are part of Healthy Families Virginia, which allows INMED to receive funding from state, county and private resources. 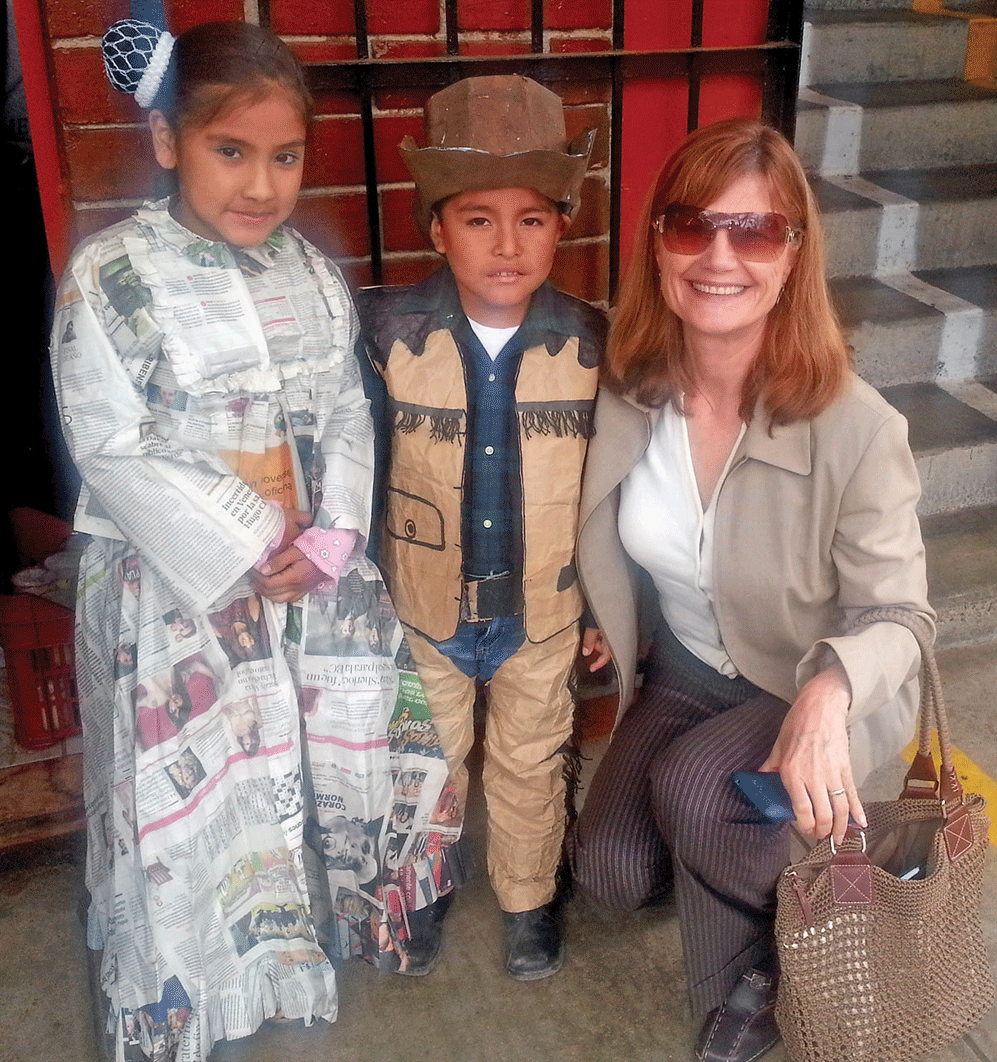 Dr. Linda Pfeiffer, founder of INMED Partnerships for Children with two children in Peru dressed in traditional costumes that they made. in 2015, INMED implemented deworming and aquaponics in the region of Callao, the chief seaport of Peru.

Prior to opening the Opportunity Center, INMED programs were held in various churches and community centers. Now at the Opportunity Center, after school academic programs are run for elementary age children who are referred by their schools for extra help. They work closely with guidance counselors. Sixty to 70 percent of these students are on the school lunch program, which puts them on the poverty level. Enrichment classes include art, yoga, sports and a host of practical programs for parents on budgeting, nutrition and parenting. Summer camps are also offered, and there is a revolving art exhibit from local schools.

To encourage STEM (science, technology, engineering, math) careers, INMED invites volunteers to help stimulate and prepare kids for 21st-century jobs. For example, in February, Dr. Vinton G. Cerf, vice president and Chief Internet Evangelist for Google, and widely known as the “Father of the Internet,” visited the Opportunity Center for an afterschool program. He participated in a binary coding exercise presented by Sterling Public Library and interacted with students and volunteers. Programs like this open up new venues for children and their families who may have limited access to this kind of exposure.

It takes a dedicated team of volunteers to get the job done. Trained volunteers work with the entire family with the goal of families becoming more stable and independent. Pfeiffer said, “We also have a lot of high schoolers who volunteer to help younger kids. It gets them into something meaningful after school and puts the onus on them to be a role model.”

For at-risk families, INMED’s award-winning Healthy Families Loudoun program is facilitated by staff family support workers who make in-home visits. Pfeiffer added, “Basically, we don’t want any kid falling through the cracks. We provide a continuum of support from the prenatal period through adulthood.”

There is a perception that INMED is for first-generation Americans, but that’s not the entire population. For example, the prenatal program has a number of local teenage moms who don’t have a good support system at home. “We refer people, and people refer people to us. We want to work together so everyone in this county has opportunities. There’s a humanitarian side and a social and economic side,” Pfeiffer said.

One Loudoun family can vouch for INMED’s support. Pfeiffer spoke about a first-grade girl who was struggling in school; she needed extra assistance and got into INMED’s program. Her father was in jail. Her mother was working two jobs and was about to lose her home. The little girl got homework support in the after school program. “We were able to help the mom figure out a way forward with goals and budget planning. She got to stay in her home and is now stable. It’s so important to address these things holistically; that’s why we call it the Family and Youth Opportunity Center,” Pfeiffer explained.

Jackelyn Mendez, a volunteer at the Opportunity Center, said, “INMED caught my eye, and I wanted to volunteer in the afterschool program. I help students with their homework and have them read to me. But first, I have to build trustworthy relationships with them. I’m able to be a role model and am thankful they have trust in me.”

Steve Tibbets is on the board of trustees for the Opportunity Center. As a lawyer working for a local software company, he learned about INMED from a bar association that put out the word for volunteers. “It’s through this personal and professional connection that I got involved.” Tibbets said. “I’ve donated my time preparing documents, but my main role is to help with fundraising, being a voice, an ambassador. They really fill in the gaps for folks and offer skill development for parents while their kids attend enrichment programs after school or on Saturdays.”

Headquartered in one of the wealthiest populations in the country, INMED fills the gap by meeting physical and holistic needs. Tibbets added, “They have a team of caring volunteers and a very dedicated staff who work way too hard for way too little money.”

By forging rock-solid partnerships, INMED is transforming the future, one child at a time. ML

This story was originially published in Middleburg Life’s July 2018 issue. 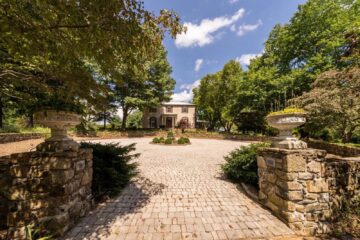