Story and photos by Caitlin Scott

A car ride across the grounds of Oatlands Historic House and Gardens, a National Historic Landmark and a National Trust for Historic Preservation site, looks very much as it would have on horse or on foot in the 1800s, when it was a plantation belonging to George Carter I, a member of the colonial aristocracy. The immaculate preservation of this property ties us to our past, just like Thomas Jefferson’s Monticello or George Washington’s Mount Vernon. The history of Oatlands defines our nation’s character just as potently, though a significant piece of truth has been kept in shadow for many years.

Recent discoveries made by researchers and preservationists at Oatlands have brought local descendants of the enslaved people of the Carter plantations face to face with their ancestors. With this knowledge, a new past must be confronted and, perhaps in time, with the permission of descendants, reconciled.

George Carter’s father, Robert Carter III, possessed a kind of enlightenment that was rare but emerging in the 18th century. One of colonial Virginia’s wealthiest and most powerful land and slave owners, Robert Carter somehow came to rest on the severely unpopular belief that slavery was immoral. Given his surroundings, nothing could have given rise to this belief other than his own humanity, and he paid both financially and socially for the bold action his convictions inspired him to take.

Release from slavery was made legal in Virginia in 1782 if certain conditions were met. What was most remarkable about Carter’s 1791 “Deed of Gift” was not that it contained the incendiary language or reformist principles put forth by contemporaries like Thomas Jefferson, but that in it he expressed his intent to emancipate all 452 of his slaves — more than any slave owner in American history ever freed. “The story of Robert Carter shows what didn’t have to happen here,” said Oatlands Director of Education and Programming Lori Kimball. 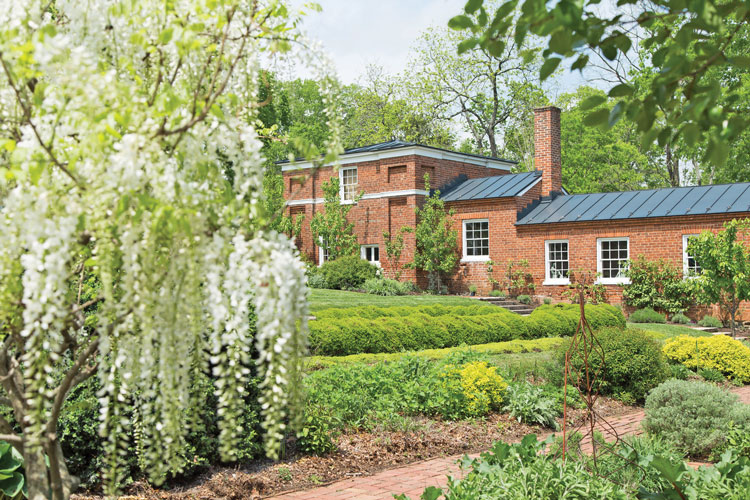 The brick building in the garden is called the garden dependency. It is believed to have been used by slaves as a kitchen and laundry.

For posterity, Carter’s deed seemed like a promising turn of events. Sadly, it amounted to nothing more than a premature blip of progressive thinking, and it was nearly forgotten altogether.

In his book about Carter called The First Emancipator, author and historian Andrew Levy said although he was wealthier than, “owned more land, more slaves [and] as many books” as associates like Thomas Jefferson, George Mason and Patrick Henry, his name has been all but erased from the American story.

Levy said, “As his friends ascended to the mythic status of founders, Carter disappeared from the national stage. No monuments honor him, nor the Deed of Gift. No published map exists that can direct you to…his house and plantation…no stone tells you exactly where his body lies. Sweep through the great bestselling histories of the Revolution and the founders, and you will rarely find even a footnote mentioning Robert Carter.”

Carter’s children, embarrassed by their father’s radical ideologies, may have wanted it this way. His son George went so far as to file a suit in 1805 to put a stop to the remaining emancipations, but to no avail.

The Virginia Court of Appeals ruled against him, and Carter’s 452 slaves were given their freedom. Any mention of the Deed of Gift, however, was buried with him.

In 1804, the year of Carter’s death, George began the construction of Oatlands Plantation on land willed to him by his father. Unable to legally reclaim any of the former slaves, George was forced to purchase more to use for labor on Oatlands’ wheat farm.

As he found himself nearing 60, he married wealthy widow Elizabeth Lewis, who brought with her the slaves she husband. According to Kimball, the wills and her marriage to George broke apart several enslaved families. 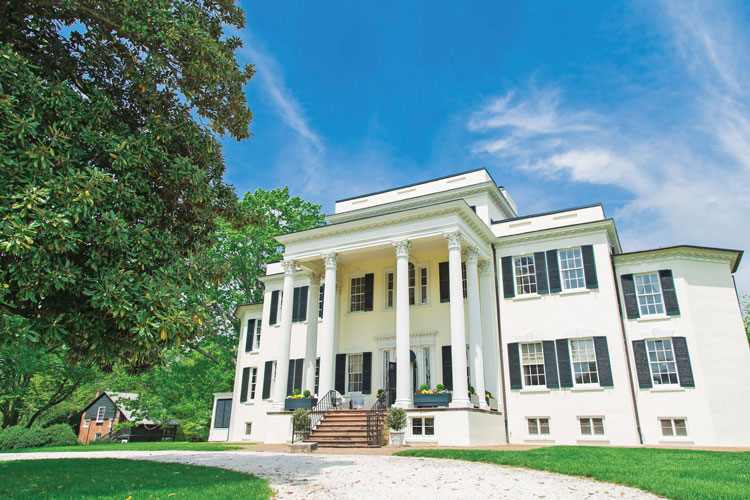 The mansion was originally built in 1804 by George Carter. It was renovated in the 1820s to reflect the Greek revival style we see today.

When George died in 1846, Lewis inherited his Oatlands and Bellefield Plantations and continued to run them with overseers and slaves. By 1860, about 130 enslaved people worked in Oatlands’ greenhouse, gardens, wheat fields and grist and saw mills.

That was the year Lewis began keeping a detailed record of the daily happenings at the properties, observing the weather and making references to slaves by first name. “Dr. J to see Alfred,” she said one day, and then soon after, “Alfred better.” Another day — “Sent Julius Armistead the cart with two bushels of potatoes and 20 turkey eggs.” Years later, another entry notes, “Sarah had a child — a girl called Becky.”

Read individually, the excerpts seem unremarkable, but they have yielded something rather extraordinary. The diary and other primary and secondary sources have allowed Oatlands researchers to piece together the story of how slaves were treated at the Carter plantations.

“From Elizabeth’s diary, we’ve extracted about 900 references to enslaved people,” said Kimball, who has been using census reports and the information obtained from the diary to build a database of names. “The database contains about 120 unique names, which we’re offering as a source for descendants and others who want to learn about the people who were enslaved at Oatlands and Bellefield.”

Many descendants still live close by. After the Civil War, their ancestors purchased land and settled in the nearby communities of Gleedsville and Howardsville.

“After the enslaved people were freed, most had no money. They had never been taught to read or write, and couldn’t leave friends and family behind, so they stayed,” said Kimball. “We’re intent on researching these names because there are so many families here with ties to Oatlands and Bellefield.” 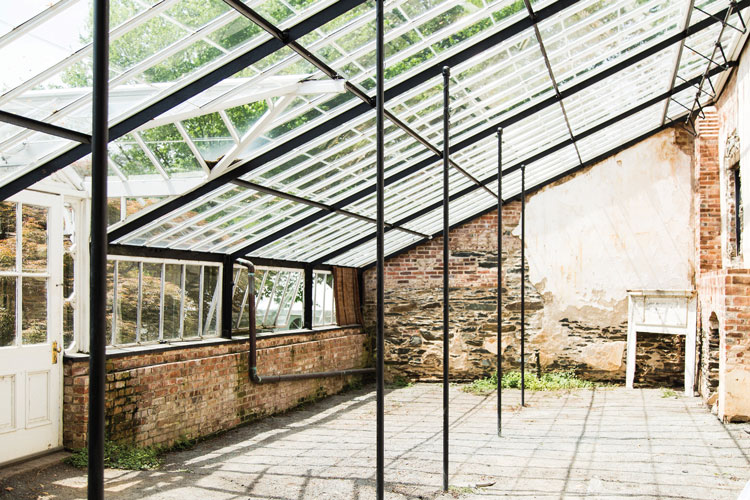 The greenhouse was built by slaves in 1810 from brick and iron, and shows the Carters’ interest in modern horticultural practices.

Kevin Grigsby, for example, is a direct descendant of Sophia and Jacob Howard, whose names were mentioned most in Elizabeth’s diary and were among the first freed slaves to settle Howardsville. Grisby used the diary for research to write two books — one on the founding of Howardsville and one on the roles African-Americans have played in Loudon County. Both highlight Loudon’s African-American heritage and allow those with roots in the area to discover the story of their past.

The diary has also prompted the start of an annual event at Oatlands called Descendants Day, which Kimball organized in 2015. Families from Howardsville and Gleedsville and relatives who have left the area are invited to gather every year to share their stories and learn about their family history.

Each year, the gathering grows by increments as families connect with one another over their shared past — an experience that proves simultaneously uplifting and painful. Oatlands Executive Director Bonnie LePard described the event as “powerful, evocative and emotional.”

As a public National Historic Landmark, Oatlands hosts many events throughout the year. Not one compares to the sentiments felt when descendants stepped onto the property for the first time with the knowledge that their relatives were once enslaved here.

Few experiences can match the emotion that arises from touching bricks forged by the hands of one’s ancestors, or from setting one’s eyes on the same view they once took in. Oatlands remains dedicated to its mission to unearth and present the facts of history, with the hope that new knowledge continues to shift attitudes, inspire progress and bring people together. ML