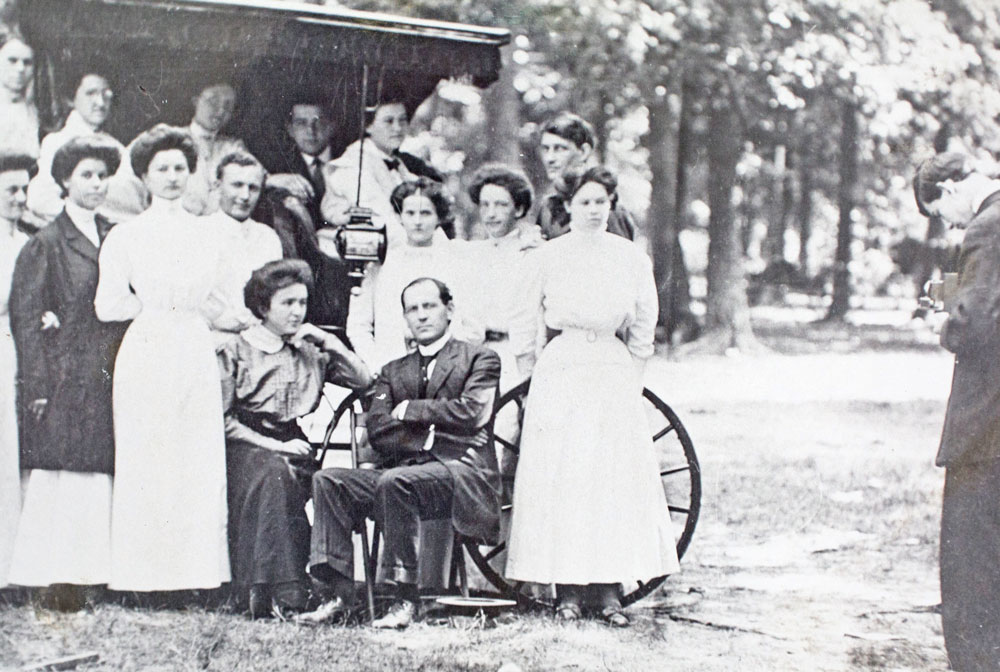 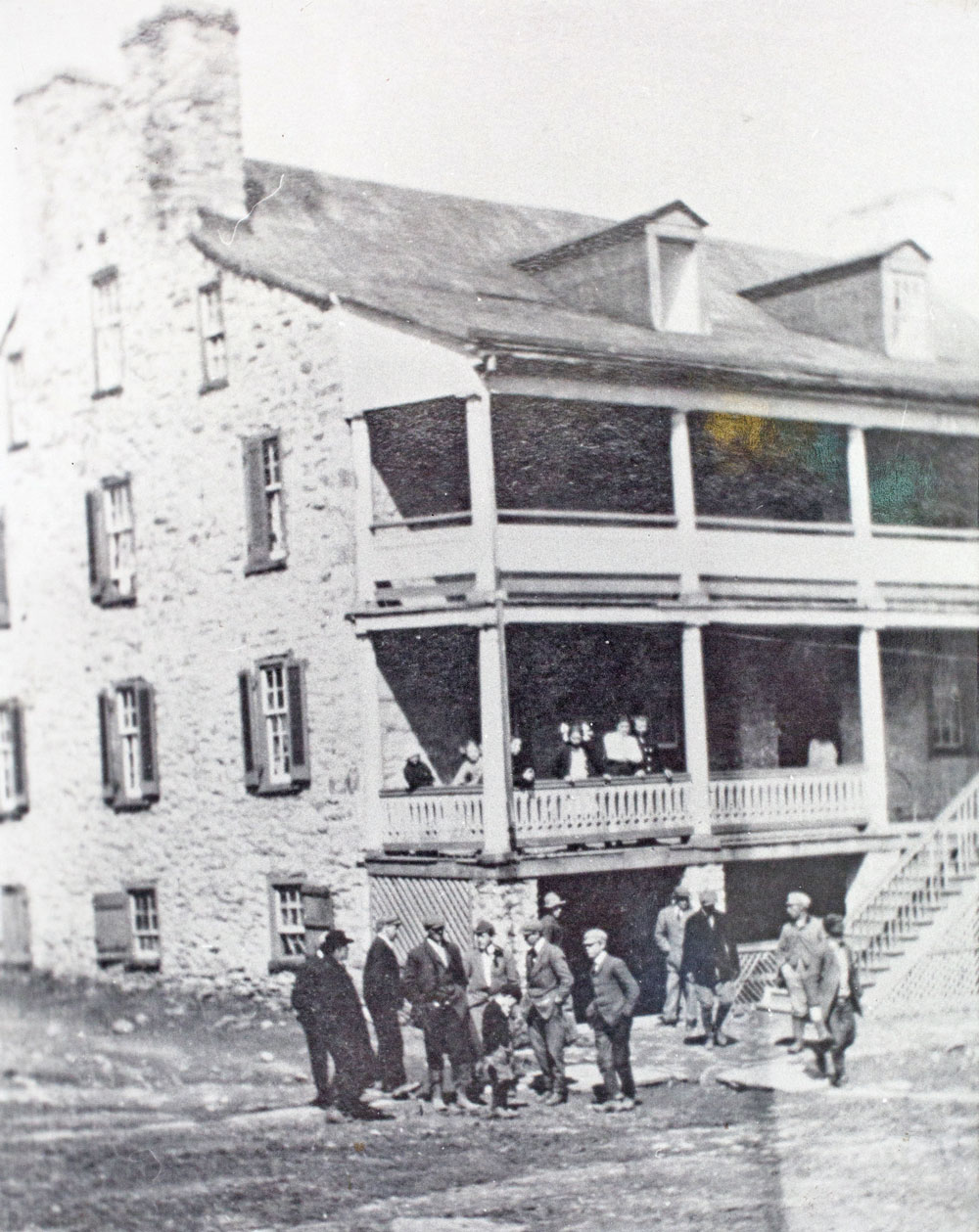 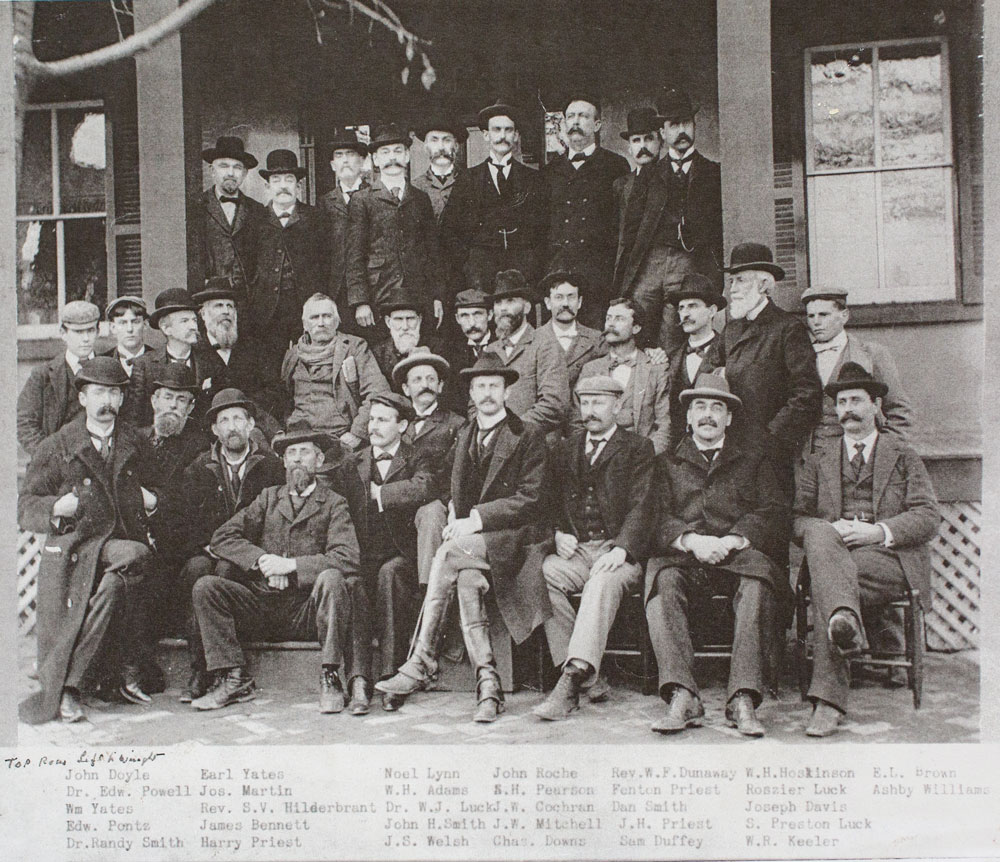 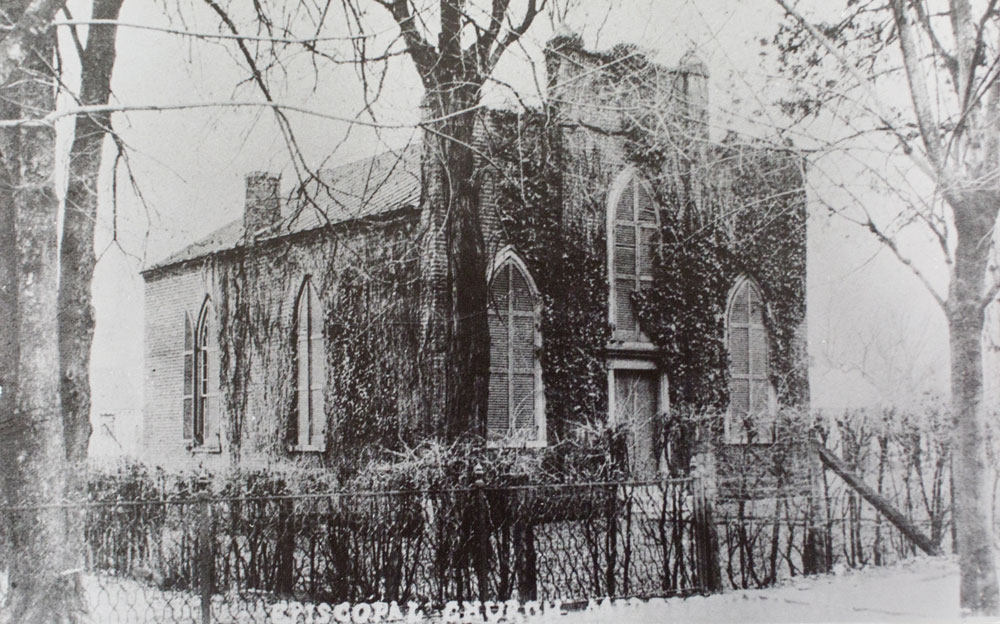 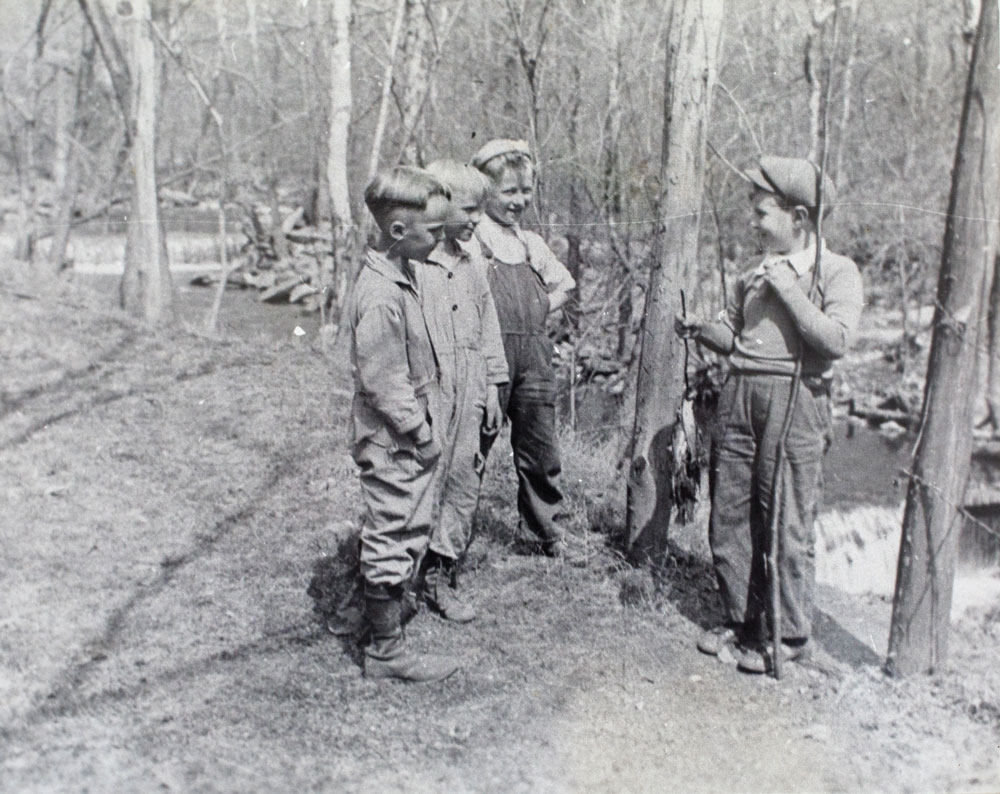 By Heidi Baumstark | Photos by Callie Broaddus and Suzanne Obetz

Dreams do come true.  For Eura Lewis the dream of opening a Middleburg Museum has been about 16 years in the making. As a former Town Council member, she is credited for sparking the inspiration for a town museum.

In October, the Middleburg Museum Foundation hired an executive director. As the new executive director, it is the job of Suzanne Obetz to make this dream of a future Middleburg Museum come true. In 2002, while driving through the Town of Haymarket on her way to Manassas one day, Lewis got the idea of a similar museum in her town. She spotted the old town hall building at 15025 Washington Street that had just opened as the Haymarket Museum that year. “I thought, if this little one-horse town can have a museum, we can have a Middleburg Museum!” 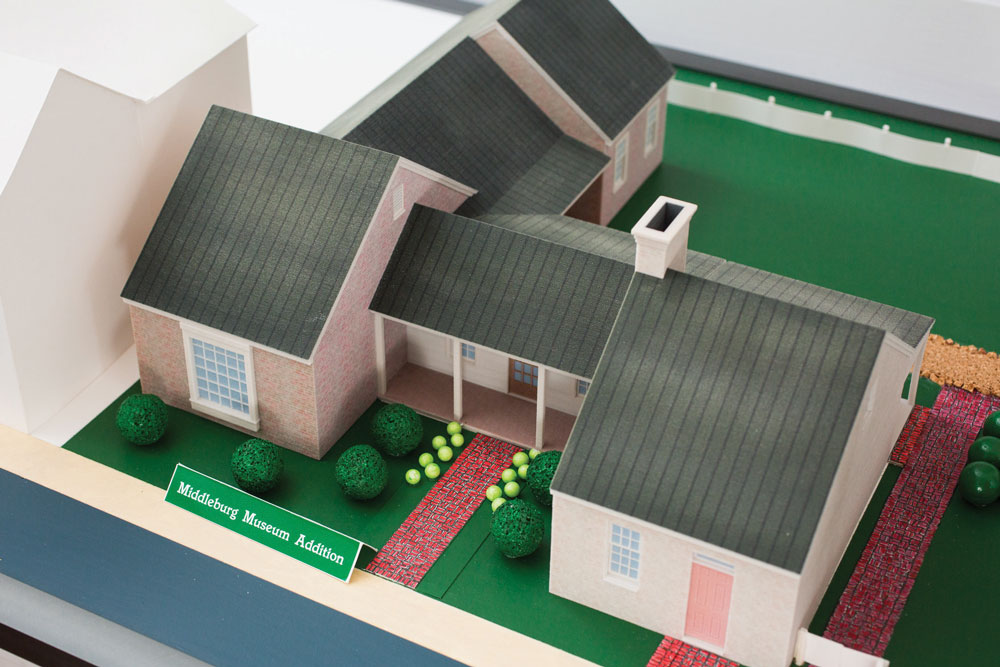 Originally from southern Virginia, Lewis arrived in Fauquier County in 1951 as a young college graduate in search for a teaching job in an elementary school. “You know back then, the schools were segregated and I rotated teaching in Warrenton, The Plains, Rectortown. I first taught at a one-room school in Morgantown near Marshall.”

In the early 1960s, she and her husband purchased a home in Middleburg where she still resides today. After retiring from teaching at Coleman Elementary in Marshall, she ran for Town Council in 2000. But before that, she served on the Planning Commission. “When you run for council, people would always talk about Middleburg and all of its rich history. And that was part of my platform, my campaign when I ran [for council]. I pushed for a museum to preserve this history.”

But preservation comes with a cost. Thanks to a generous gift from local philanthropist Dr. Betsee Parker, it was possible for the Middleburg Museum Foundation, a 501 (c) (3) non-profit, to purchase The Pink Box Visitor and Information Center at 12 N.  Madison Street plus the adjacent vacant property where the new museum will be built. The current foundation board includes Eura Lewis (Founder/President), Virginia Jenkins (Secretary), Mimi Stein (Treasurer), Middleburg Mayor Trowbridge (Bridge) Littleton, Maribe Gardiner, Tucker Withers, Melissa Craig and Mary Jo Jackson. 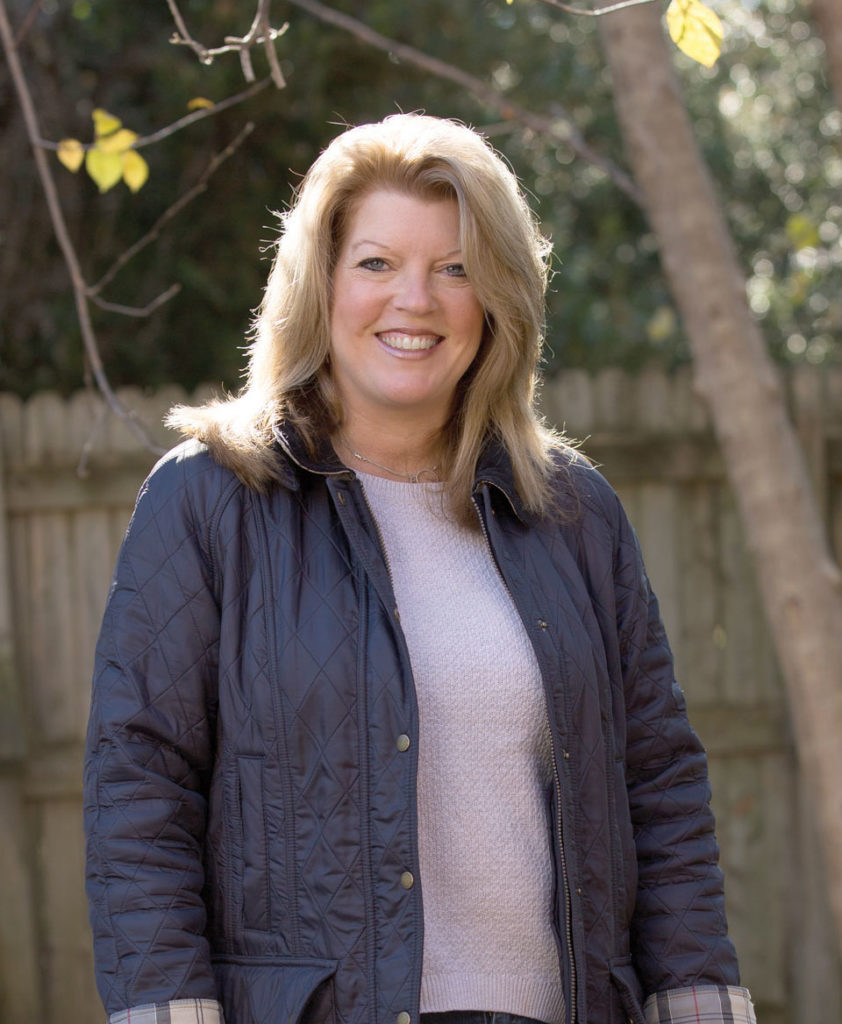 Suzanne ObetzLong-time supporter and community activist Bill Turnure leads the building committee. All the board members are dedicated to the history of Middleburg and its preservation. Obetz, who resides in The Plains, heard that a museum could be coming to town. So she went to The Pink Box to find Eura Lewis, the woman who was rumored about opening a museum. Lewis happened to be the docent on duty at The Pink Box that day. “Suzanne came in asking for Eura Lewis and I said, ‘I’m her,’” said Lewis, the longest serving board member who volunteers as a Visitor Center docent.

“I told Suzanne she was a God-send. The Lord sent her to us. I was looking for someone who could be the museum director and Suzanne just came in.”  With an historic preservation degree from the University of Mary Washington in Fredericksburg, Obetz has the credentials and fits the bill for the job. She has experience in thi role having served as executive director at Warren Heritage Society in Front Royal and interim director at the Fauquier History Museum at the Old Jail in Warrenton. She is also a board member of the Fauquier Historical Society.

Now, she is busy immersing herself in Middleburg’s history, building connections and fundraising. “I’m working on a capital campaign effort and doing some grant writing. The sooner we raise the money, the sooner we can break ground.” The groundwork has already been laid when it comes to designing the approximate 1,200 square-foot space. A scaled version was designed. It will include museum-quality lighting, exhibit displays and software. A timeline of Middleburg will display Native Americans, colonial era, the town’s founder, Revolutionary War figure Lt. Col. Leven Powell (1737-1810), Civil War, African-American history, Civil Rights, Middleburg’s desegregation in the 1960s, equestrian and fox-hunting notables, plus celebrities from the 20th century like the Kennedys, actress Elizabeth Taylor and former Virginia Senator John Warner.

Designs include rotating exhibits and moveable walls; smaller cases can change out every six months or so. Plans are underway for a multimedia room to invite the public for films, lectures, oral and video histories. Obetz is hoping to get corporate sponsors on board soon.“We’ll also go to businesses asking for them to sponsor a room or certain exhibit,” Obetz said.

There will be a connecting breezeway leading to The Pink Box. This historic pink brick building will remain as the town’s visitor and information center run by volunteer docents and will include a small gift shop in back. Here, visitors can pick up brochures featuring local attractions vital to the local tourism industry. Since the museum will be built as an addition to The Pink Box, the Foundation wants to ensure the museum will be constructed with the same period design for an integrated feel. Behind the property, the grounds will be groomed into a park-like setting with additional seating and a gazebo. Obetz added, “Now, our main focus is to make people aware of the museum. We want the public to know we’re looking for artifacts.” 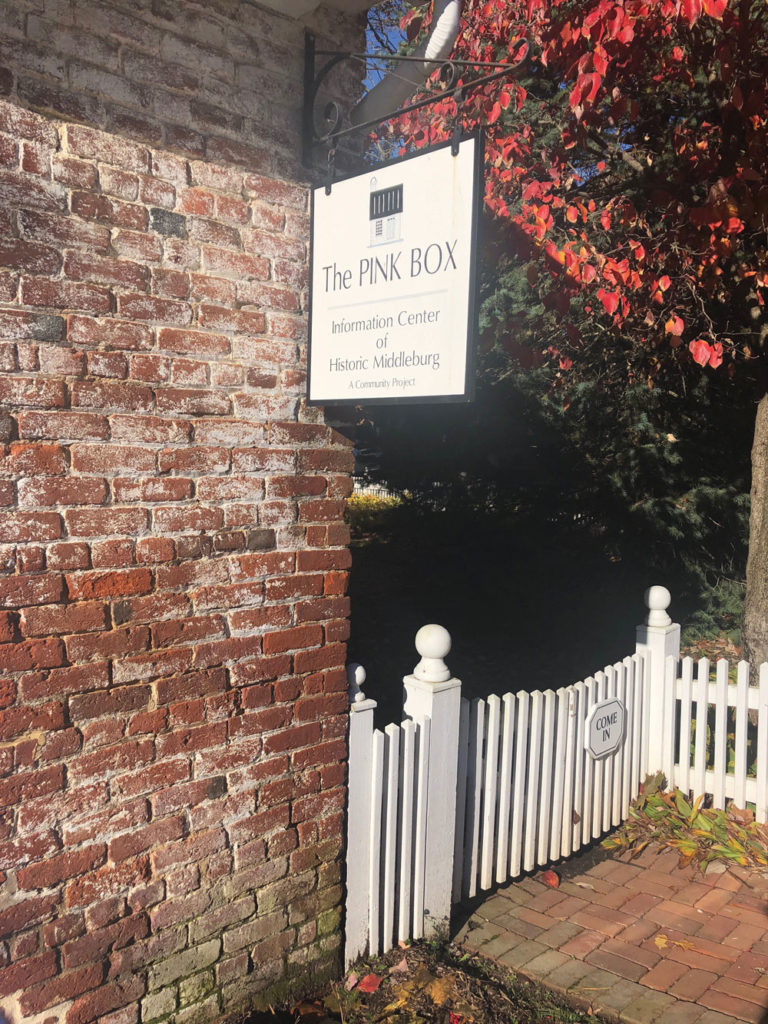 “I’ll come to anyone’s house who wants to donate or loan items or old photographs, which will be displayed with signage to give credit to the owner,” said Obetz.  The collection currently includes more than 300 historic photographs, plus a large bell that was on a church on Marshall Street. The bell was made in Philadelphia by the same company that cast the Liberty Bell. Another item is a painting done by Leven Powell’s son. Lewis said, “We need a nice chunk of money before we can break ground. We don’t want to start something we can’t finish. I’ve always been a go-getter and have a stick-to-it-ness perseverance; I’m determined to see this museum built.”

A plaque placed by the Middleburg Town Council outside The Pink Box states that in 1763, Joseph Chinn (first cousin of George Washington) sold 500 acres to Leven Powell for $2.50 per acres, a total of $1,250. Originally, the area was known as Chinn’s Crossing, a tiny hamlet in what was still the colony of Virginia. It had four buildings centered around Chinn’s Ordinary, a stone tavern that is today’s iconic Red Fox Inn. A placard on the stone building states the inn was established circa 1728 and is thought to be one of the oldest continuously operated inns in Virginia and the U.S. According to the Virginia Tourism Corporation in Richmond, Middleburg has more than 160 buildings listed on the National Register of Historic Places.

Born in Manassas, Powell played a key role in the country’s early history as a businessman, politician and soldier. As a colonel in the Continental Army, Powell spent the harsh winter of 1777-1778 with George Washington at Valley Forge. After the Revolutionary War victory over the British, he returned to his wife, Sarah, and children in Loudoun County and wanted to establish a town surrounded by abundant farmland. The plaque outside The Pink Box states, “On November 2, 1787, pursuant to an act of the [Virginia General] Assembly, Powell subdivided 50 acres [of his own land] into 70 one-half acre lots for the development of a town.” It was named Middleburg since it was midway between the port of Alexandria and Winchester (Shenandoah Valley) along a major trade route, Ashby’s Gap Road. Today, this is U.S. Route 50, also known as John Mosby Highway named for Confederate John S. Mosby’s raids up and down this road during the Aldie (June 17, 1863), Middleburg (June 19, 1863) and
Upperville (June 21, 1863) Civil War battles.

When it comes to Civil War history, Obetz, originally from Tennessee, was inspired by her eighth-grade teacher, Buddy Blakemore. “We were studying the Civil War at the time and he made history come alive through telling stories,” she said. “When I moved to D.C. in 1995, coming into Virginia, I saw signs for Manassas. I thought, ‘Wow, this is where it [Civil War] happened. And now I’m living in the middle of it.’ I want this museum to help people connect the dots of what happened here. History is my passion. I’ve always admired conservationists. I thought, ‘Wow, I can actually save history. I can do what conservationists do.’”

Town Council members are great advocates for the museum, including Mayor Littleton, former Town Council member and a native son who was born and raised in the village. The museum has personal meaning for Littleton; his grandmother was a docent at The Pink Box and his family has deep roots in town. “When people see an artifact in the museum, we want them to see how that fit into the larger picture of our nation’s history. We want the stories to focus on the people who shaped the community,” said Littleton. 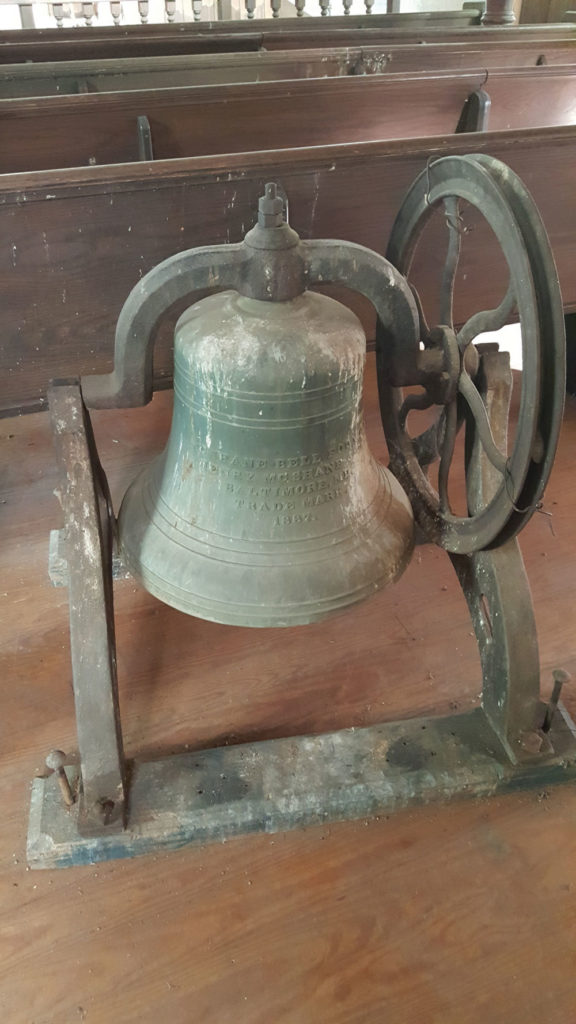 This is the bell from the Asbury church in town built in 1829.

The Pink Box, located in the heart of Middleburg, is in an ideal location. “Businesses will be able to rent space for meetings or groups can host intimate book readings or lecture series,” said the mayor.

When asked what he thinks the take way will be for visitors to the future museum, he answered, “I think they’ll walk away with a sense of the importance of community and the contributions the town has made and how we formed as a nation. It’s not just about this little town. We’re in danger of losing it if we don’t understand our history.”

The museum’s tagline, “Experience Our Story” sums up its mission. “I want visitors to learn our story and have a sense of pride about their community. We’re part of the American fabric,” Obetz added. Lewis wants visitors to walk away changed. “I want people to be so spellbound that I have to give them smelling salts! I want them to know about the wars fought around here, Civil Rights, Kennedy.

I want them to see history really come alive, something they’ll cherish. I can hardly wait for the groundbreaking.” Considering Lewis and her vision for the museum, Obetz said, “When it comes to breaking ground, I want Eura Lewis to cut that ribbon.” That will truly be a dream come true.

On Nov. 30, at 4 p.m., prior to the annual tree lighting, people can meet museum board members and learn about membership opportunities while enjoying hot cocoa and cookies. The town’s annual Christmas tree lighting and caroling is scheduled to commence at 5 p.m. on the lawn of The Pink Box, 12 N. Madison Street, Middleburg.

For more information, visit www.themiddleburgmuseum.org, call 703-853-2174 or follow the museum on Facebook. Monetary donations can also be accepted through the website. The Pink Box number is 540-687-8888.