Prior to Segregation and the Establishment of Area Schools

The old white school still stands. Built in 1887, “Number 18 School” is Fauquier County’s last surviving one-room schoolhouse. It sits east of the village of Marshall as a memorial of former school days.

Number 18 School (also referred to as “No. 18” or “Schoolhouse #18”) served the Marshall community for 77 years from 1887 to 1964. First, for the white community from 1887 until 1910, and then for the Black community from 1910 to 1964. It was built on a one-acre triangular shaped parcel given by Samuel Fisher Shackleford, which was once part of the estate of Eppa Hunton, a Civil War Confederate brigadier general.

Today, the property is owned by Fauquier County’s Parks and Recreation Department; before the COVID pandemic, tours were offered inside the school. But now visitors can still visit the beautiful, landscaped demonstration gardens planted and maintained by the Fauquier/Rappahannock Master Gardeners, which is a program offered by the Virginia Cooperative Extension.

No. 18 was one of the first one-room schools in northern Fauquier and was part of a network of small schools within walking distance to area students. Typical of one-room schools, children of all ages shared lessons in a single space with about 10 to 60 students per school year, usually averaging 29 students, with one teacher.

In 1997, it was added to the National Register of Historic Places (NRHP) under the U.S. Department of the Interior, National Park Service. According to the 1997 NRHP form, when Virginia’s statewide public free school system was established in 1871, Fauquier County had 35 white schools and 16 Black schools.

When a new school for white children was built in 1909 (at the location of the current Marshall Community Center and John Marshall Library at 4133-A Rectortown Road) the following year, No. 18 became an ungraded school for Black students who had attended school in Salem Baptist Church in Rosstown, east of Marshall near the railroad tracks. (When Fauquier High School opened in Warrenton in 1963, the Marshall building converted into an elementary school, and later, a junior high school.) Rosstown is an African American community established during the Reconstruction era (1863-1877) and is included in the 99-acre Marshall Historic District; this district was listed in 2007 on the NRHP.

On the grounds of No. 18, a Department of Historic Resources metal historical marker titled “Number 18 School” reads: “From the time of its construction in 1887 until 1910, this one-room schoolhouse served local white children. When they moved to a newer school in the nearby village of Marshall in 1910, Number 18 then served African American students until it closed in 1964. Number 18 stands today as a rare example of a once-common schoolhouse type.”

Geneva Feemster of Marshall remembers it well. Now 82, she attended the school from 1943 until 1949 for grades one through six. The school was about half a mile from her home.

“Other kids who lived on Zulla Road stopped by our house and my mother would let them in to warm their hands,” she says. “Then we’d all walk to school. Our house was sandwiched between two white families and the kids would come out and we played together. It always baffled me that a bus came to get them; I wondered why we didn’t ride a bus. But we never asked why. It was just the way it was.”

Feemster remembers about 25 to 30 kids of all different ages in her class. The bell would ring at 3:30 p.m. and they would be dismissed. The last teacher she remembers at No. 18 was Carrie Shorts who taught students church hymns and encouraged her class to go to Sunday school. “Back then, parents and children, we all attended church together,” Feemster says.

Fauquier native Karen Hughes White, executive director of Afro-American Historical Association (AAHA) of Fauquier County, located in The Plains, remembers No. 18. She went to school in Morgantown about four miles west of No. 18.

No. 18 School in Marshall, Va. Photo by Jennifer Gray.

“I remember one day we walked from our school to No. 18 for an afternoon visit and to play softball,” White said. Today, she still lives in Fauquier and heads the AAHA, which includes a museum and resource center, so others can learn about the heritage of local African Americans.

In the fall of 1949, Feemster attended the Manassas Regional High School for African Americans, commonly referred to as Jennie Dean High School. Originally, this school was the Manassas Industrial School for Colored Youth that opened in 1894 by founder Jennie Dean (1848-1913), a former slave and Baptist missionary from Prince William County who dedicated her life to advancing educational opportunities for African Americans. It was a residential institution with dormitories and dining hall in addition to buildings for classrooms and industrial shops. But in 1938, Prince William, Fairfax, and Fauquier counties purchased the institution and operated it as the Manassas Regional High School.

“I went to the Manassas school until they opened William C. Taylor High School in Warrenton in 1952,” Feemster said. It was the first school in Fauquier to serve Blacks in grades seven through twelve; today, it’s Taylor Middle School. After graduating from Taylor in 1956, Feemster got a job in D.C. with the federal government and moved away, but recently moved back to the house in which she was born.

The Virginia Constitutional Convention of 1868 in Richmond was an assembly of delegates elected by voters to establish the fundamental law of Virginia following the 1861-1865 Civil War. The resulting 1870 Constitution of Virginia brought several changes, including the requirement for creating a statewide system of free public schools with mandatory funding. This led to many of the first public schools built being identified by an assigned number instead of by name — such as No. 18 School.

By the 1930s, larger new schools, including high schools, were being built for white students while African Americans then inherited the one-room schools. Local author and historian John T. Toler wrote an article titled “Education Flourishes at the Number 18 Schoolhouse” for the May 2016 issue of Warrenton Lifestyle magazine. In it, he writes that by 1939, No. 18 was finally electrified. Janitorial chores and carrying in firewood were done by the teacher or students.

“We had to make our own fire in the stove to heat the school,” Feemster said. “The boys did that; they carried the wood inside.” Drinking water was brought in from a well nearly a mile away. And toilet facilities were outdoor privies.

In 1963, Northwestern Elementary School (named for its location in Fauquier County) opened in Marshall as a segregated school for Blacks in grades one through seven. No. 18 then closed; the last day of school there was on Jan. 31, 1964, and it was the final one-room school to be consolidated into the new Northwestern Elementary School. County supervisors decided to retain No. 18 as a representative of the era. In February 1964, it was declared a county landmark as “a memorial to the history and progress of public education,” the 1997 NRHP form states.

Though a decade earlier on May 17, 1954, the Brown v. Board of Education case decided by the U.S. Supreme Court — in which justices unanimously ruled that racial segregation of children in public schools was unconstitutional — integration would not be fully implemented in Virginia, and not in Fauquier County, until 1969. In 1969, Northwestern became integrated and opened to all elementary students in the area. Today, this school is Claude Thompson Elementary School.

Preservation of No. 18 began in 1986 when the Fauquier County Board of Supervisors gave permission to the Marshall Regional Historical Society to return the school to its original condition. The most recent restoration occurred in 1997, the year the school was accepted to the NRHP.

During its restoration in the late 1990s, methods were undertaken to restore No. 18 back to its original finishes. With the exception of a reconstructed cupola and front steps (duplicated from the original four-by-four stoop), only repairs with similar materials were implemented. A small round sign above the front door is not original; however, a piece of the original sign was found inside the attic and was used to duplicate the original one. An art teacher at Stonewall Jackson High School in Manassas repainted the circular sign that now hangs above the front door, which reads “Public School No[.] 18 1887.”

Before Marshall, there was Salem. Marshall was originally founded as Salem in 1796 in the northwestern section of Fauquier County, which was established May 1, 1759, a breakoff of Prince William County. It was named after Francis Fauquier, Lt. Governor of the Colony of Virginia, which was at that time, still under British rule; legend says he won the land in a poker game.

The earliest building in Marshall is a stone structure dating to 1771 and served as the Upper Carter’s Run Baptist Church (also referred to as the Old Salem Meeting House). It now serves as the 1993-founded Fauquier Heritage and Preservation Foundation and the John Kenneth Gott Library.

Many of the buildings in town were constructed between 1870 and 1910 due in large part to the influence of the Manassas Gap Railroad. The railroad was constructed by slave labor and came to The Plains by April 1852 and through Salem shortly thereafter. Salem or “Salem Station” became the hub for both passenger travel and the shipping of agricultural products. Produce and livestock from Fauquier farms and neighboring counties were shipped from Marshall to eastern city markets.

In 1881, “Marshall” finally replaced Salem as the town’s name, mostly spurred by the U.S. Post Office and concerns with confusion between Salem in Fauquier and Salem in Roanoke County. According to local lore, town citizens gathered in 1881 and selected “Marshall” as the new name in honor of John Marshall, U.S. Supreme Court Chief Justice who had been a resident at nearby Oak Hill in Delaplane. At the time, the town was not incorporated, so it did not have local government officials.

But during a few short years in the 1930s, Marshall was officially incorporated, according to the 2017 Marshall Historic Architectural Guide. To this day, Marshall remains unincorporated, and therefore, has no official limits. But it retains its identity as Fauquier’s second largest historic community following Warrenton, which is Fauquier’s largest historic community and serves as the county seat.

“Yes … I have a lot of memories of No. 18 — playing in the yard there,” Feemster says. We had recess and got ourselves dirty. Then we’d wipe ourselves off and go back inside.”

Hopefully soon the door to No. 18 will open again, welcoming visitors inside to appreciate its history and learn the lessons it continues to teach. ML 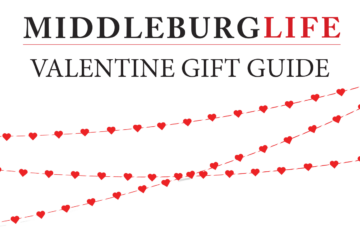