The Locke Store: A Foodie Destination

Take a drive down 50 West, cruise far enough, and you’ll end up in Clarke County’s Millwood. Blink and you’ll miss it—but you’ll be missing out. Home to some of Northern Virginia’s gems, Millwood holds the historical Burwell-Morgan Mill and the foodie destination The Locke Store.

Built by James Clarke, The Locke Store opened in 1836. The store has changed over the years, but it has never strayed from its tradition of providing hospitality to locals and tourists. Once upon a time, it operated as a general store, selling hardware, paint, and bait, along with produce and other grocery items. Today, proprietor Juliet Mackay-Smith has channeled her vision for sustainable agriculture and transformed the store into a haven for foodies and locavores.

When Mackay-Smith purchased the store in 2002, she became the seventh proprietor in the store’s 181-year history. She is a strong preserver of the store’s history and a proud legacy-carrier. She has gracefully bridged the gap between protecting the history and moving the business into the 21st century. Most notably, she implemented a fully-functioning kitchen, which allows her to offer pick-up catering. (Don’t feel like cooking your holiday meal? The Locke Store ladies have got you covered! Your guests will be delighted with the delicious offerings.) 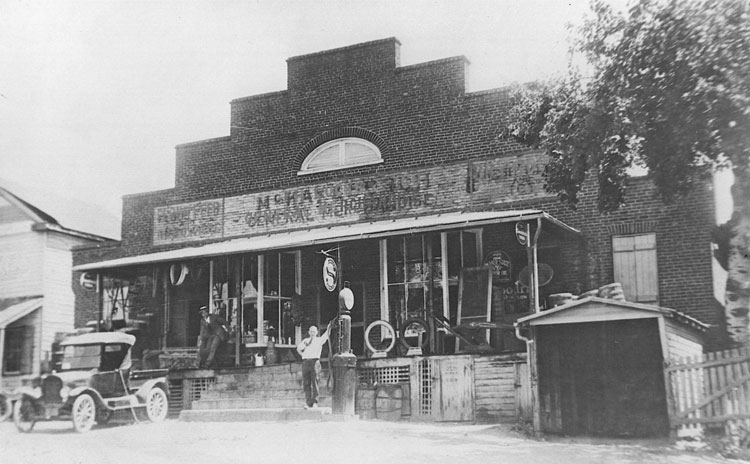 From the earlier days of the Locke Store location. Photo courtesy of Locke Store

But in a historical sense, Mackay-Smith says less has changed and more has stayed the same: The store remains a resource and a meeting place for the community. Locals know they can pick up convenience items close to home, without a 20- or 30-minute drive to a larger town.

“It’s got that homespun quality in the neighborhood,” she said. “There’s a feeling that people have a resource for connecting to their neighbors and are connecting to what’s happening agriculturally.”

She describes the store as having a life of its own. It’s bigger than herself, she says, and there’s an energy carried within the walls. As a “modern country” store, it has a continuity and a deep purpose. If anything describes the store best, it’s Wendell Berry’s quote, “Eating is an agricultural act,” which hits at the heart of The Locke Store mission.

“Eating is not disconnected from all aspects of agriculture, which is a fundamental human necessity and sustenance,” she said. “It’s the source of sustenance. I like that the [Wendell Berry] quote focuses on the activity of eating. When you are eating, it’s not an isolated event. It’s not just what’s on your plate – it’s all of the steps that led to that moment and brought you to that moment of enjoyment. It’s about the entire experience.” 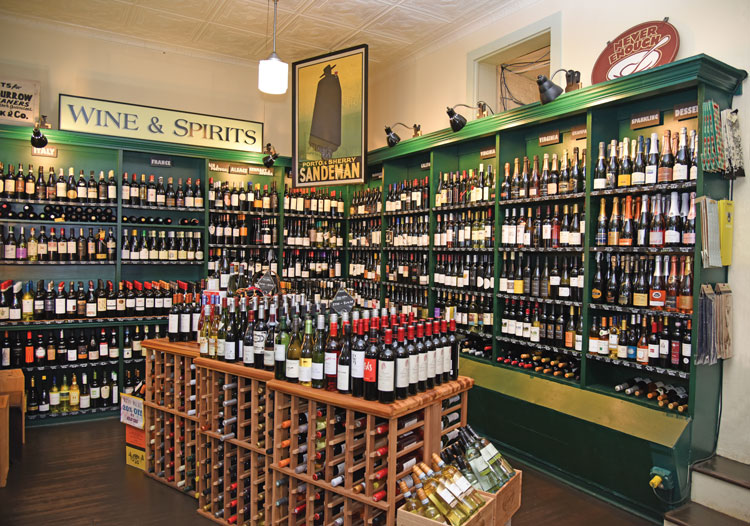 She is committed to sourcing the best products for her store. For her, that means offering local, organic and seasonal products—but when she can’t offer local, she will source the best product she possibly can. She hopes the store will help educate consumers about the importance of eating for their health and for the environment. When customers buy local, they are making an impact with their dollar by putting their money back into the community and into the hands feeding them.

Eating locally isn’t something new for Mackay-Smith; it’s a trait deeply ingrained inside her. She began the Berryville Farmers Market and even offered a small CSA with produce from her land. Her daughters were brought up “free range,” and they would sit down to dinner in the wintertime with ingredients sourced almost entirely from their property.

But she’s always been drawn to food. She learned how to make pineapple upside-down cake when she was 8 years old. Her mother made delicious food, but rotated between a few dishes, and Mackay-Smith had a nagging feeling that there was more to food than what she was being offered. The Locke Store is a culmination of her culinary journey and everything she’s learned along the way.

The store attracts a wide-range of visitors, from “bikers to bicyclists to land owners to locals to town people.” After a few visits, you’ll be greeted by name and will feel like you’ve entered the company of friends. 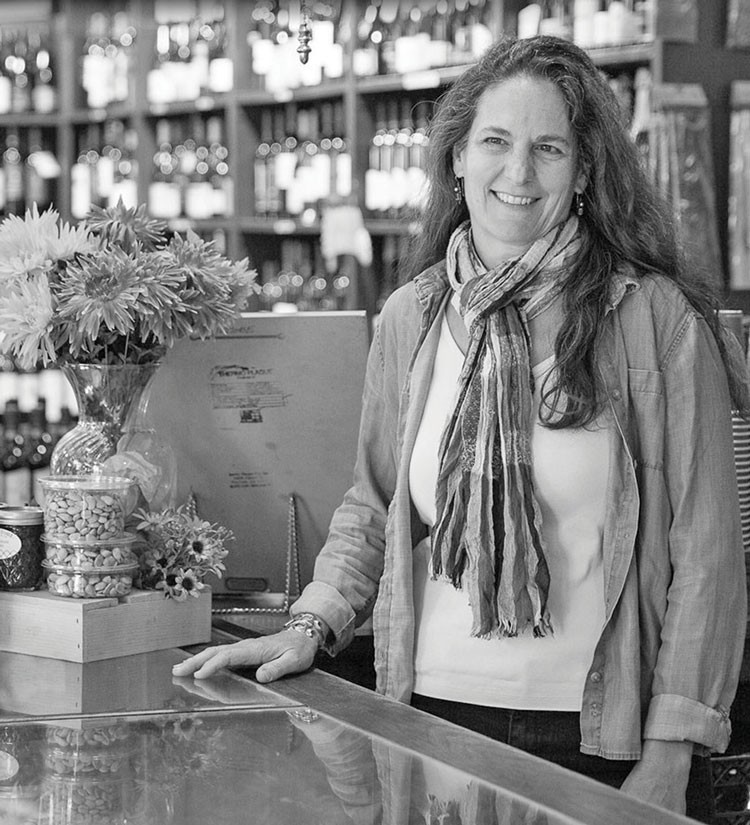 The store’s take-and-bake model, a favorite with customers, began five years ago and offers patrons ready-made soups, stews, casseroles and a “legendary” chicken pot pie. In fact, the pot pie has developed so much of a following, the staff affectionately refers to it as “chicken-crack-pie.” Locals arrive with coolers to load, take home, and stock fridges and freezers. The store also maintains a well-curated selection of local and international wines and recently launched a “Locke and Key” wine club, new for 2018.

With complimentary wine tastings every weekend from 11 a.m. – 5 p.m., The Locke Store gives customers reason to return again and again. Don’t miss the house-made chutney and pâté, both complimentary additions to your holiday festivities. ML

The Locke Store is open daily, Tuesday – Friday, from 9 a.m. – 6 p.m., and Saturday and Sunday, from 9 a.m. – 5 p.m. It is closed on Mondays. The store is located at 2049 Millwood Road, Millwood, Virginia. To keep up with store events and happenings, subscribe to their email list by visiting their website, www.lockestore.com.