Helping The Helpers, One Home at a Time

Tim Burch has blown up houses, he’s (literally) dropped a truck on a house, he’s driven a bulldozer through a house — all in the name of demolition. This was all during what Burch described as a “wild and crazy run” as the head builder for ABC’s hit show “Extreme Makeover: Home Edition.” More on that later.

Luckily for Middleburg and the surrounding communities that Burch now serves, he has left behind the days of extreme demolition and now is squarely focused on the art of restoration as vice president of BOWA — a building company specializing in luxury restorations in Northern Virginia, Virginia’s Hunt Country, Montgomery County, Maryland, and Washington, D.C.

From a very early age, Burch was immersed in the building industry, with both his grandfather and father owning their own construction companies — his grandfather focused primarily on the development of Fairfax City, and his father more broadly in the Northern Virginia area. While construction ran in his blood, Burch realized that it was design that drew him in and his architectural acumen, appreciation for details and unbounded imagination were what eventually landed him the role of a lifetime.

It’s the spirit of giving back to the community that he and his clients all live in together that makes Tim Burch’s job so meaningful to him.

After working and maintaining the family business until his father’s retirement, Burch was approached by the production company that at that time was piloting “Extreme Makeover: Home Edition.” It began as a request to be their building consultant and perhaps provide some recommendations for who could take on the task of being the show’s head builder. The show quickly realized that it was Burch — and no one else — they wanted. After nearly three years of seeing what Burch described as “anything and everything” as the show’s lead project manager, he was left with the memories of all the families that the show helped along the way. It was these memories, and not the ones of dropped trucks and runaway bulldozers, that stuck with him and shaped the rest of his career. 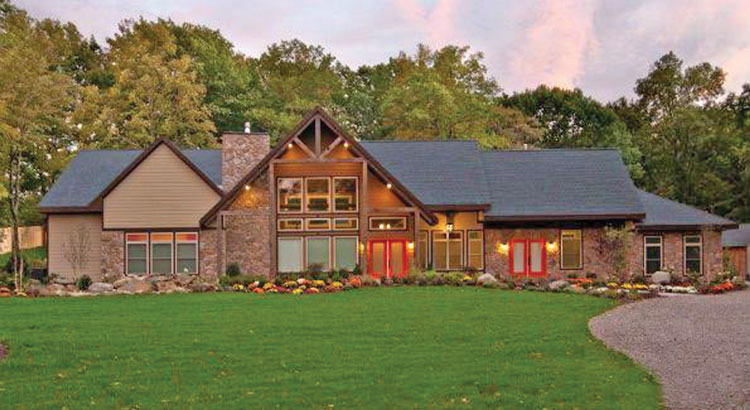 “It’s funny,” said Burke. “On one day, there were hundreds of people, cameras, celebrities, matching T-shirts, the whole nine. And the next, it was just me and the family for whom we were building this home. It was those moments that meant the most to me — both personally and professionally.”

Burch recounted a particular moment that deserves its own space in this story:

“I remember one boy and his mother. The boy couldn’t have been older than 10 or 11 years old. He could not walk and required a wheelchair to move around his house, which he could barely do due to his home’s razor thin hallways, narrow doorways and awkward room layouts. We worked incredibly closely with the boy’s mother to figure out a design that worked well for him and would allow him to live life as normally as possible. After the ‘big reveal,’ after the cameras left, there was time for me to take the boy and his mother through the house and show them every last detail – how the boy’s mother would get him in and out of the specially-made bed, bathtub, chairlift, etc. While I was showing her around, the boy quietly went into the bathroom, approached the bathroom counter and began brushing his teeth. I looked at the boy and back at mom – she was in tears. When I asked her why she was crying, she explained that her son had never been able to even fit his wheelchair in their bathroom, much less brush his teeth without [her] help. It was a moment I will never forget.”

Burch said — at the end of the day — the show was all about providing deserving families with homes that worked for them and made them happy.

It’s this mentality that he and his team at BOWA now bring to the community. 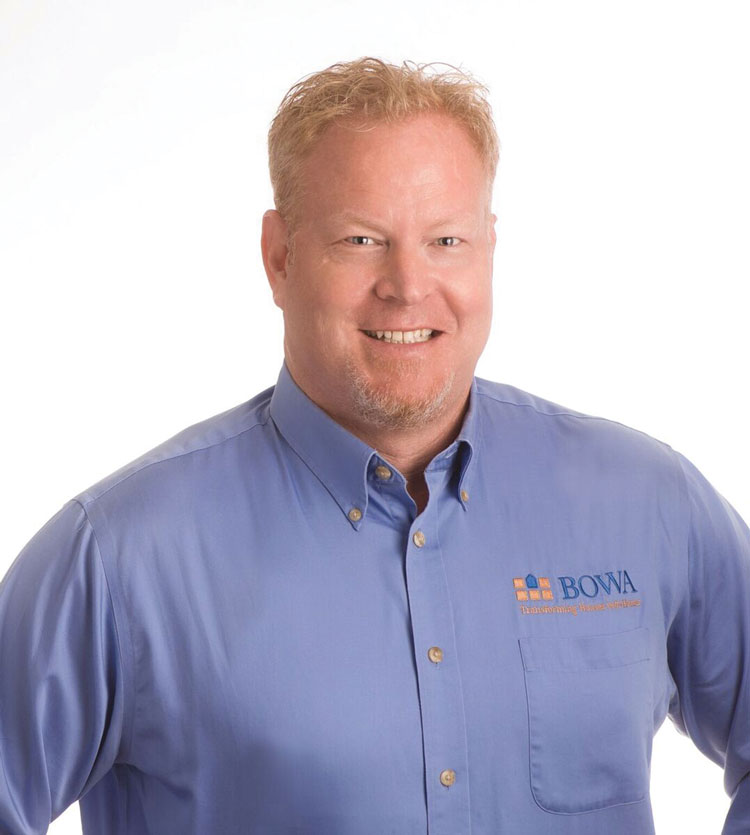 “While the clients I serve are often in much different circumstances than the families we were building for on ‘Extreme Makeover,’ the feeling of making someone’s dreams come true is exactly the same,” said Burch. “And these folks are those who are giving the most back to our community.
They are the givers, the donators, the volunteers — they are deserving of a home that makes them happy.”

The Burch family falls into that same category, too. Burch and his family have served for many years in their local chapter of Habitat for Humanity, and Burch’s wife Melanie is a director at the Middleburg Humane Foundation.

They have also become quite active in the local equestrian community. BOWA has been a primary sponsor for several years of the Upperville Colt and Horse Show and he and Melanie have rescued two horses — Artie and Socks — that now live at their home in Warrenton, Virginia.

It’s the spirit of giving back to the community that he and his clients all live in together that makes Tim Burch’s job so meaningful to him. He sees every day the ways in which his neighbors and community members are donating their time and talents, and he’s proud that he’s able to do the same for them by helping them preserve the history, simplicity and beauty of Middleburg. ML