Half a World From Middleburg

Story and photos by Callie Broaddus

I had no idea where I wanted to go, but I knew that I was craving something different — something that would challenge me, push me, make me uncomfortable. At 25, I had never lived outside of Virginia.” 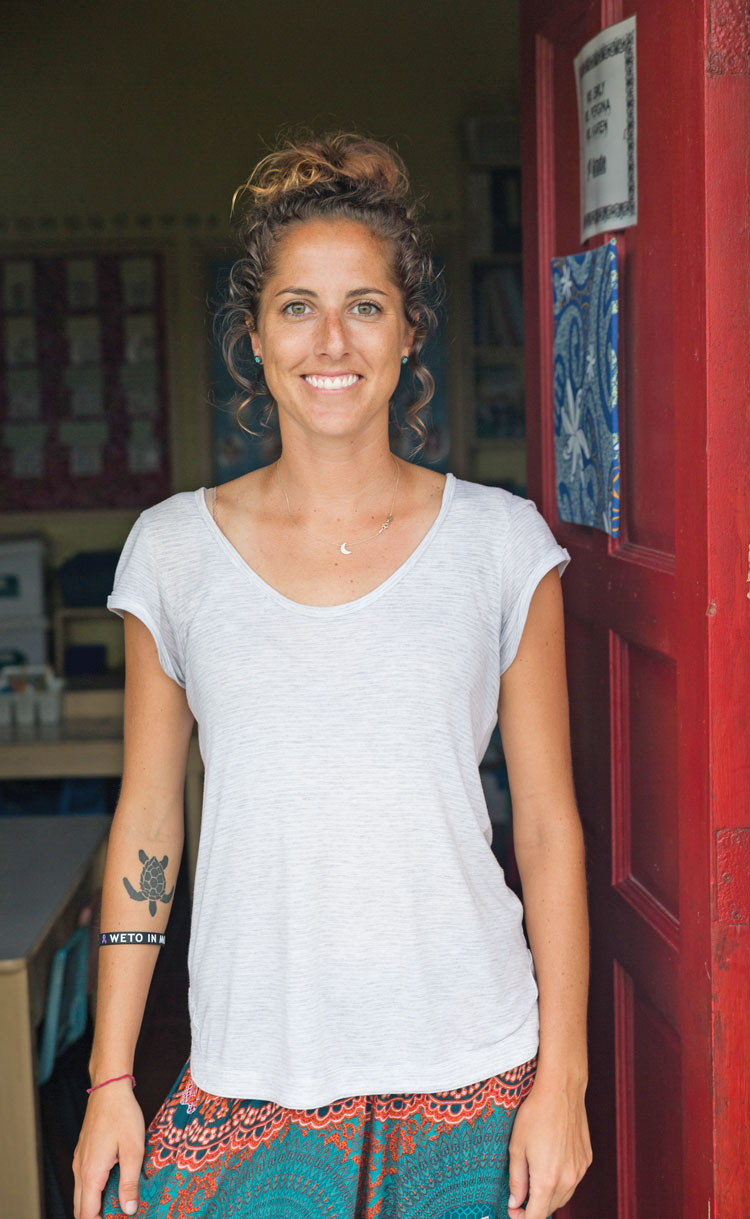 Middleburg-grown Emily Dale had been teaching third grade in Reston, Virginia, for two years when that feeling rushed over her. She Googled “out-of-state teaching options” and three weeks later had signed her contract. When she announced her new teaching job in the Marshall Islands, her family and friends had to scour a map to find the dot situated more than 7,000 miles away from home: A thin strip of land between Hawaii and Australia would be Dale’s home for the next two years.

Thirty-six hours of travel from an Upper Crust cookie, a continent plus half an ocean away from her tight-knit family, Dale stepped off a crowded flight in hot, sunny Majuro. “From that day forward, my life was changed. I was not in Middleburg anymore,” Dale recalled. “I remember being excited, delirious and feeling completely vulnerable.”

The first face she saw belonged to a 9-year-old boy with an ear-to-ear smile. Ruben was a member of her welcome committee and would be a student in her third grade class at Majuro Cooperative School.

“We all hopped in the school van and headed to our new home. Without hesitation, he jumped on my lap and leaned back to get comfortable, as if we’d done this a million times.”

Fast forward six months, and this toothy child had taken up residence on a floor mattress in Dale’s tiny, one-bedroom, painted cinderblock apartment. He slept next to her other young ward, Charlotte, a teenager who had also silently struggled with an abusive home life. Through the lens of these two children, Dale learned about the myriad problems that are a fact of life for many in Majuro: domestic abuse laws that are often unenforced, teenage pregnancy, alcoholism, meager education, and a complete dearth of mental health care resources.

“I have been searching, thinking and praying. … What is my life’s purpose? I have finally realized how simple the answer is: To love the shit out of those who come into it. Making others feel loved, supported and safe. … That is what I am called to do.”
-Dale

But these societal issues took time to unearth. Emanating from every colorful home, swaying coconut tree and crowded basketball court was a universal happiness that seemed to seep into her skin as she walked down the street. The pitter-patter of barefoot children playing outside her apartment window shored Dale’s growing perception that children in Majuro are simply happier than children back home.

With next to no internet access, children play outside constantly, “making kites out of chip bags and baseball gloves out of cardboard. They make basketball hoops out of plywood and buckets. They use rocks to play checkers.”

Dale paused, reflecting on life in Virginia. “Kids don’t have to have ‘nice things’ to be happy or to have fun.”

Most of Dale’s students have an effusive nature, but she has still encountered hurdles trying to effectively teach her class. “Unlike in Virginia, most families are not exposing their children to books and other educational resources from a young age. Some parents are not fluent in reading, writing or speaking English, making it very difficult to help their children academically.”

She teaches children reading both well below and well above grade level, children with various special needs and a wide range of English comprehension. “It is not easy trying to establish a connection with every single one of your students, but the best teachers are the ones who don’t stop until they have. Establishing and fostering meaningful relationships with my students is what gets me out of bed every morning.” 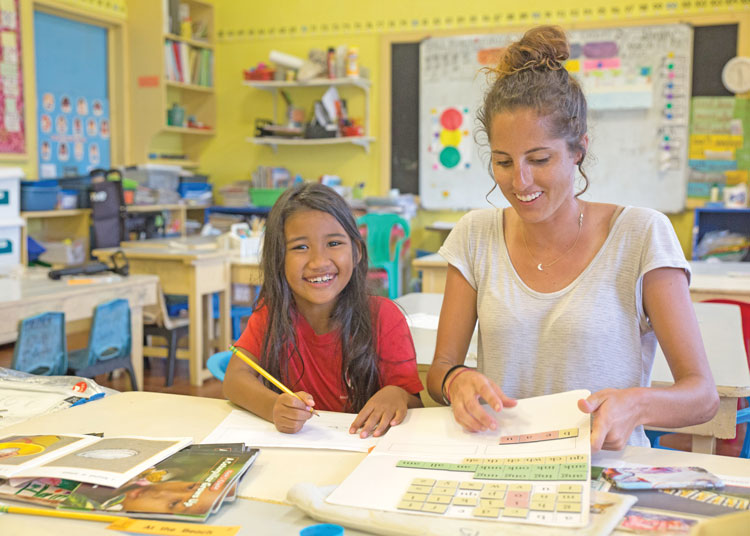 Emily tutoring a student in her classroom.

Dale’s two-year contract is nearly up, and much has changed since she was greeted with a toothy smile from a future student. Ruben, now 11, is living with his family again. His smile is bigger than ever, and he still has an “open door policy” at Dale’s apartment, where he announces himself by barging in, yelling, “Miss Emily!” and knocking over whatever is in his path.

Dale assumed guardianship of 16-year-old Charlotte when they flew to Middleburg together last summer, but Charlotte will be staying in Majuro when Dale returns home next month; she loves her country too much to fathom leaving. They plan to remain in constant contact, always looking forward to the next visit.

As Dale anticipates returning to life in Middleburg, she recalls the forgotten pleasures of binging on Chick-Fil-A and “Law & Order SVU,” free Wi-Fi and drinkable tap water. She will leave a chunk of her heart in the Marshall Islands, but will come back having accomplished her goal. She has been challenged, pushed, uncomfortable and, at 27, has lived about as far away from Virginia as possible.

“Over the past several years,” Dale said, “I have been searching, thinking and praying. … What is my life’s purpose? I have finally realized how simple the answer is: To love the shit out of those who come into it. Making others feel loved, supported and safe. … That is what I am called to do.” ML