By Dulcy B. Hooper | Photos by Richard Hooper

“We really love the idea of farm to table,” said Atticus, who serves as Forever Gourmet’s CEO. “But we also believe that it enhances everything to find truly remarkable products from around the world and to pair the freshness of local with the incredible taste experiences of global.”

Their love of good food and enthusiasm for their new endeavor is palpable. “Food was always foundational in both of our lives,” said Roberta, “and we love that we are now able to do this.”

When the Lyons and their now 2-year-old daughter, Amoret, moved to Middleburg from Capitol Hill two years ago, they felt that Middleburg was a great location from which to launch their new venture and facilitate the frequent trips they would be making to Italy and other overseas destinations. 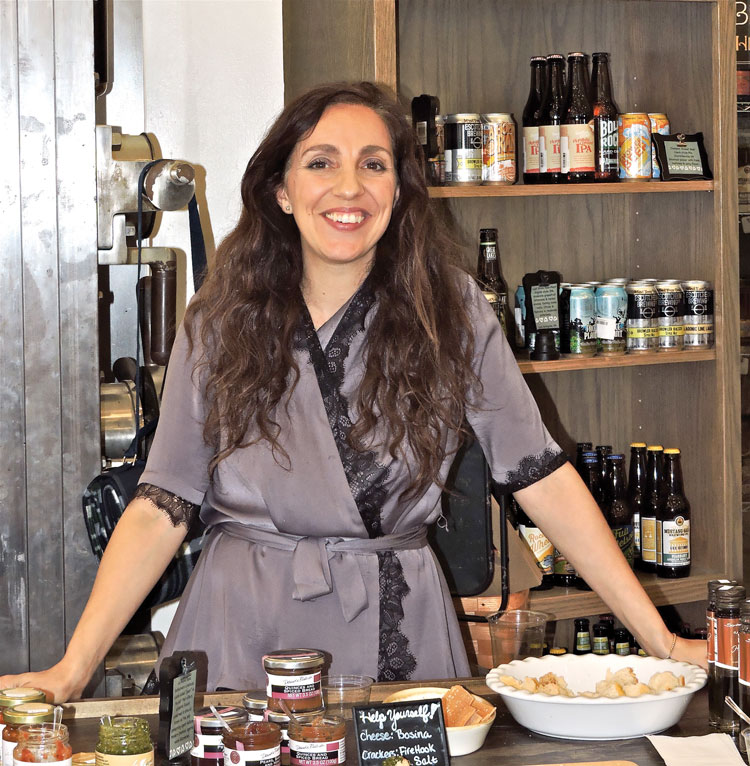 “We thought about Santa Fe,” said Atticus. “We really loved Santa Fe, but it just wasn’t practical with all of our travel to Italy and elsewhere in Europe.”

Roberta, a native of Liguria, Italy, was “very nearly born in my mother’s restaurant,” she said. She went on to open her own Italian eatery at the age of 22. She subsequently earned a doctorate in urban planning, wrote a book (“Mobile City”) on the subject of remote work camps, and founded IMARK, a global business consultancy with offices in Washington, D.C., and McLean, Virginia.

Atticus is a former investment banker and, as he describes himself, a “serial entrepreneur.” In addition to his work in the finance and energy industries, he is experienced in building luxury brands.

Forever Gourmet’s global perspective is bolstered by a team of individuals “brimming with passion about food.” The Lyons employ an advance team of “foodologists” to seek out new and creative products from around the world. Also on the team are what the couple refer to as “tastemakers.”

“We have partnered with a global group of chefs, event planners and specialty food connoisseurs,” said Roberta.

Locally, a series of events is planned for Market Salamander, with the first having occurred in May and subsequent events going through September. Gentle Harvest in Marshall, Virginia, invited the couple to host a demo of their products. “We sold out,” said Roberta, “and we hope to be going back again soon.” Greenhill Farm Store carries a number of Forever Gourmet products, and plans include an event similar to the one at Gentle Harvest as well as a dinner in the new barrel room sometime this fall. 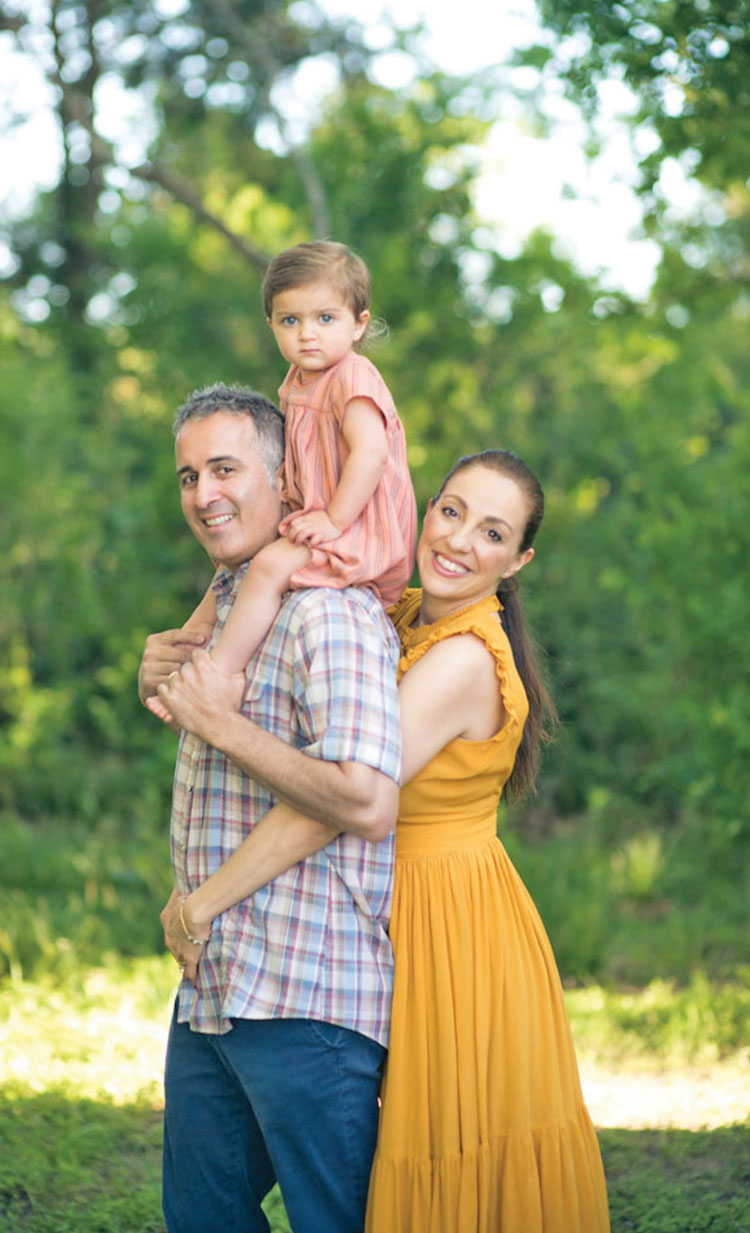 Atticus and Roberta Lyon with their daughter Amoret.

The couple is busy partnering with gourmet food stores around the country. They recently closed distribution agreements with Houston’s Central Market, The Cheese Shop in Williamsburg, Virginia, and the Todd English Food Hall across from Central Park in New York City—where they spent two days using their products to demonstrate how to create a great picnic basket.

“Forever Gourmet wants to become the leading destination for people interested in exceptional culinary experiences from around the world that would otherwise be inaccessible,” said Roberta. “Our goal is to be daring and imaginative.”

Additional plans for Forever Gourmet include a quarterly product catalog and events and parties with food world celebrities. For instance, Forever Gourmet partnered with the Cooking School of Aspen to bring Chef Davide Palluda, a Michelin-starred chef from northern Italy, to Aspen to participate in “Plated: Experiential Dining,” in August. And at an event at the Zapata Ranch in Colorado, Luciano Carciotto, the world champion pizzaiolo from Sicily, will be mixing up his creative pizza with Forever Gourmet products. A number of items will be made available through Forever Gourmet, including exclusive items from Palluda’s laboratory.

“We like to think that this new, innovative approach to gourmet food will not only merge the best elements of global and local cuisine, but will tap into the talents of a great network of world-class chefs,” said Atticus.

“We have big ambitions for this company,” adds Roberta. “We want Forever Gourmet to be a kind of worldwide restaurant. It’s not just a new business model; it’s a lifestyle. We believe that every meal should be special.”