Andre Pater: In a Sporting Light

“Go beyond the mere image, and the painting becomes a ‘matter of light,’” notes sporting art authority Lorian Peralta-Ramos of contemporary sporting artist Andre Pater’s work. Peralta-Ramos, who is a National Sporting Library & Museum Board Member, lent her expertise as guest curator for the upcoming exhibition, “Andre Pater: In a Sporting Light,” working with the artist to identify over 45 works from private collections across the country. 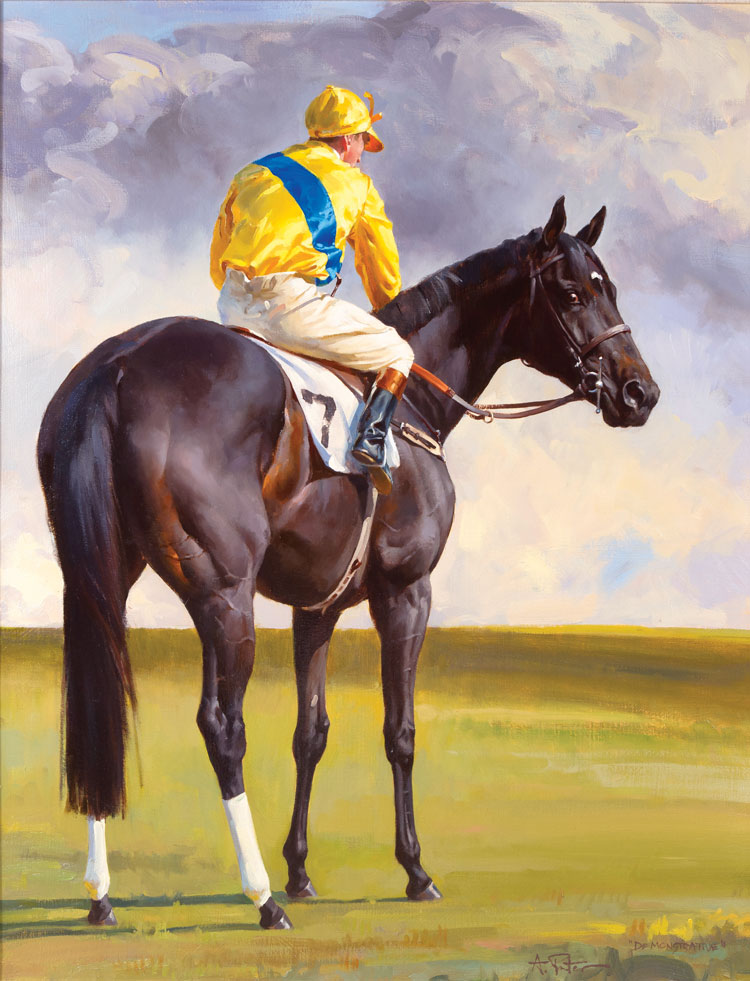 The bold and vibrant compositions of Pater are often compared to those of the great 20th century British sporting artist Sir Alfred Munnings. Pater’s refinement in pastels in addition to the classic medium of oil solidifies his rightful place as a formidable artist in the 21st century.

The retrospective exhibition and accompanying catalog present an in-depth analysis of Pater’s mastery of the use of light and insightful understanding of animal anatomy, behavior and motion.

Background for “Demonstrative” artwork: Ridden by jockey Robbie Walsh, trained by Richard Valentine and owned by NSLM Board Member Jacqueline L. Ohrstrom, Demonstrative is a 10-time winner of steeplechase stakes and was awarded the prestigious Eclipse Award for Steeplechase Champion in 2014. The perspective of Andre Pater’s painting emphasizes the steeplechase horse’s muscled hindquarters and source of power. Evoking connections to the past, Pater took artistic license, depicting the jockey’s silks and cap in a style customarily worn in the 19th and early 20th centuries. ML