A New Generation of Farmers

Gathering Springs Farm has a certain dreaminess. There’s a peacefulness that won’t be found in bustling cities or busy streets. Being there makes you wonder if this is the way we were meant to live: under the sun, dirt in our nails, grounded by the earth, surrounded by nature.

Gathering Springs Farm is a newcomer to Middleburg, but is already posed to become a giant in Loudoun’s agricultural scene. Pamela Jones, 29, and Sarah Waybright, 35, are millennial farmers. As the owners of Gathering Springs Farm, they are passionate about educating consumers about the importance of eating seasonally, reducing food waste, and impacting the environment in positive ways.

The farm is just over 13 acres, with only one acre currently in production. Future plans include planting an orchard, allowing sheep to graze on the farm, purchasing a greenhouse, and transforming their farm into an idyllic destination for locals.

In the fall, they are planning to host monthly classes on fermenting foods, canning jams and jellies, baking sourdough, and making salsa, which will include a farm-to-table lunch and tour of the farm. Classes will be small, around 10 guests, to preserve their intimacy. They also plan to host farm-to-table dinners and movie nights. Both Jones and Waybright have a desire to share their farming journey and build a community around the farm. “We want people to get to know us and understand the farm. We want to try to be as transparent and open as possible,” said Jones.

They’re documenting their journey on Instagram through daily posts and stories about the highs and lows of farming. Jones believes social media is helping spread the word about careers in farming. She’s beginning to notice a shift toward young people turning to farming. “It’s really exciting for people to see [farming] as a career choice. It was never something I went to school and thought ‘I’d love to be a small-scale vegetable grower,’” said Jones, “[With social media], it’s really exciting to see how that will change in the next few years.”

Jones said the average age of an American farmer is in their mid-sixties, which is partially due to a farming boom in the 1980s. “Farmers were told they had to get big or get out,” she said. But over the past 100 years, farming has changed. While farmers once comprised a quarter of the population, they now make up less than two percent. Similarly, people spend their money differently than they did a generation or two ago. People now spend eight to ten percent of their monthly budget on groceries, said Jones, when they used to spend 40 percent of their monthly budget on food.

Through Gathering Springs Farm, Jones and Waybright hope to change the way people see food. They use beyond-organic farming practices, utilize a composting method to add nutrients into the soil, and practice no-till beds, flame weeding, and crop rotation. This is designed to allow beneficial fungi and bacteria to build up in the soil.

“We don’t have a gym membership,” Jones said. They farm instead. They offer a small Community Supported Agriculture (CSA) program where customers can pay for a year’s supply of vegetables and pick what they want from the farmer’s market. When they have leftover produce after the farmer’s market, they donate it to a local food bank.

But farm life isn’t just full of highs. From the chicken coop attacked by a raccoon, to the groundhog terrorizing fields and eating plants, there are plenty of setbacks. But they are determined farmers. Although trials are disappointing, they serve as an opportunity to deepen their resolve and better prepare them for the future.

Jones and Waybright have only been friends for a couple of years, but their meeting was serendipitous. Jones was a Paralympic rower from the United Kingdom who won gold in both the London 2012 and Rio 2016 Paralympic games. As she trained, she focused on putting good food into her body, developing an interest in food and its origin. Her husband, Rob Jones, is a United States Military veteran who lost both his legs above the knee while serving in Afghanistan. Jones had dreamed about owning a small homestead for herself and her family, but began asking herself, “Why am I trying to do this for me and my family, when I could do this for other families?”

Although they came from two separate continents, Jones and Waybright began working at Potomac Vegetable Farms in Vienna and struck up a friendship. When Jones and her husband bought their current property on Sam Fred Road, she wanted to farm. “I have the property, I have the will, I don’t have all of the expertise and know-how, and I definitely can’t do it all myself,” she said. She emailed Waybright asking if she would be interested in going into business together. Less than three minutes later, she received a response. The answer was a resounding yes.

As the daughter of Pennsylvania dairy farmers, Waybright never thought she’d become a farmer herself. She works as a registered dietitian and developed the Washington-based brand WhyFoodWorks. Her work has been featured by the Washington Post and WUSA9, and she’s worked as a regular contributor at ABC7’s Good Morning Washington. She speaks to groups about the importance of healthy food and develops meal plans for her clients. Her journey back to farming began when she was living in DC’s Columbia Heights and began helping at her local farmer’s market on Saturday mornings. She loved witnessing the “beautiful seasonality of food.”

“I was brought back around by becoming a registered dietitian,” she said, “I realized farming was a great platform.” Both Jones and Waybright love doing pottery, knitting, and fermenting and canning their own food. They are excited to share their love for these practices with guests to the farm.

The name Gathering Springs Farm was derived from the farm’s pond containing natural springs. Because Jones and her husband, and Waybright and her husband, David Obuchowicz, work together on the farm, they picked the word “gathering,” as they envisioned a group of people coming together, planting, harvesting, gathering. Thus, Gathering Springs was born, opening the door to a community of educated growers and consumers of food.

Gathering Springs Farm is located at 22022 Sam Fred Road, Middleburg. Learn more by visiting their website gatheringspringsfarm.com or following them on Instagram @gatheringsprings. Find them at the Middleburg Farmers Market on Saturday mornings!

This article first appeared in the July 2019 issue of Middleburg Life. 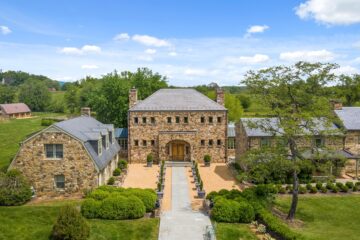 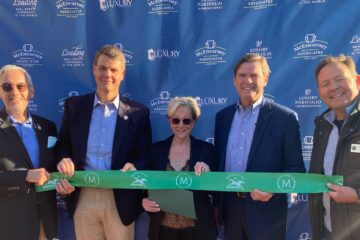