In the 1930s, developers were eyeing the outskirts of Middleburg, Virginia, as a potential spot for billboard advertisements. And the town itself was in a state of disrepair. As one prominent New York author wrote: “Middleburg looks so much like a fugitive from a slum-clearance program that it is hard to realize it is the center of what is probably the richest hunting country in the United States.

The chief landmark is a junkyard, many of its buildings are on the verge of collapse, and sidewalks are almost a novelty. Yet some of the proudest names in Dun and Bradstreet collect their mail at its rickety post office and horses worth more than the assessed value of the town walk what are laughingly called its streets.”

Eugenia Fairfax, who lived in a home facing Route 50 east of Middleburg, wasn’t going to put up with the huge signs in hunt country or tolerate the trash. On July 25, 1928, Fairfax, along with several other prominent locals, gathered at Marsha Fred’s home and determined a “drastic need for general clean-up.” They also petitioned for a zoning ordinance banning the raising of pigs in town, which finally succeeded in 1942.

And as for those billboards? Fairfax and friends drove around in chauffeured limousines, pulling them down. Thus began the Middleburg Garden Club. Members planted dogwoods at the town entrances, picked up trash, and beautified the lawn at Middleburg Elementary. 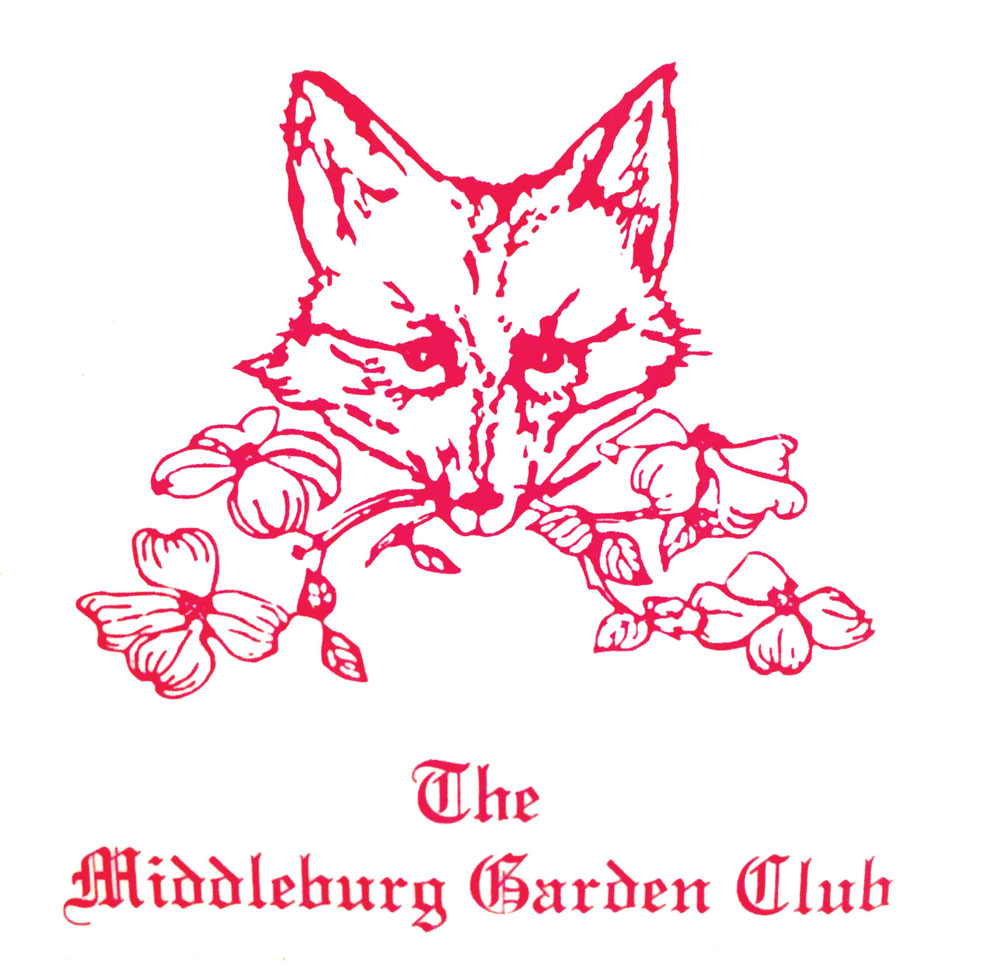 Now, 80 years later, the Garden Club continues the tradition begun in 1938 of supporting the town and bringing an awareness of plants and trees to residents and visitors. Some of their projects include maintaining flowers and shrubs in the property in front of the post office and offering scholarships to send two children each year to nature camp.

One of their best-known annual traditions is the award-winning Holiday Greens Show and Bazaar, held this year on Nov. 29-30 in the Parish Hall of Emmanuel Episcopal Church. The show, a National Garden Clubs Standard Flower Show, has been a Middleburg tradition since 1946, when it was held at the Red Fox, and it kicks off the legendary Christmas in Middleburg weekend.

“In the 1960s,” recalls Courtney Kohler, a member of the club since 1960, “the members of Emmanuel Church who belonged to the Garden Club worked to purchase the Parish House so they could hold the meetings and the Greens Show each year.”

This year’s theme for the show is “Twas the Night Before Christmas,” and it will offer classes for novices, experts and children. There will be delicious cakes, jams, cookies, ornaments, wreaths and greens for sale. “Every year is a different theme, and this year is a very traditional theme of green and red we’re emphasizing,” says Susanne Lamb, who co-chairs the Greens Show with Barbara Sharp. She also mentioned that they would be donating wreaths to the fire and police departments for the parade.

As the Middleburg Garden Club celebrates their eighth decade they also welcome new president Melanie Blunt, a Middleburg native who was the first lady of Missouri from 2005-2009. She stepped into the role in June. “Our club is working on many wonderful projects,” says Blunt. “This year the Middleburg Garden Club provided funding for the butterfly garden at the Middleburg Charter School. Our volunteers regularly visit Levis Hill [House Apartments for seniors] and help make crafts and flower arrangements with the residents.”

Blunt also plans to revive last year’s spring fundraiser, Foxes on the Fence. “Foxes on the Fence increased our club’s visibility and was a huge hit in the community,” says Blunt. “Residents loved bidding on their favorite fox! In April 2019, wooden foxes and hounds will again be showcased on the fences of the Middleburg Methodist Church and painted by local artists.”

But in the meantime, the members are focused on the Greens Show and Bazaar, which raises money for community outreach. “It’s a wonderful local tradition,” says Blunt. “We hope that this year’s bazaar will offer one-stop shopping for our visitors. We will offer lovely holiday arrangements, handmade ornaments, delicious baked good, and even dog treats for pets. We have one customer who has been visiting the bazaar for more than 20 years to buy her favorite holiday rum cake!”

Ten other local garden clubs will be participating, as well as individuals not affiliated with any club. “It really shows the community is interested,” says Lamb. “If you’re interested in horticulture or flower design, it’s a chance to show off your skills. We get many horticulture exhibits, as well as flower designs. People are really picking their best, and there are many native plants. We also have holiday blooms and bulbs.”

Certified flower show judges Val Story, Julia Kogut, Kathy Holiday, Judy Binns, JoAnn McNabb and Pam Lamborne will be awarding prizes. “People get serious about it,” says Lamb. “They work hard on their arrangements and put a lot of time into it.” In addition, pianists Marlene Baldwin and Andrew Kozak will be playing live holiday music.

This article first appeared in the November 2018 issue of Middleburg Life.