For a town without a movie theater, Middleburg has mastered the art of marrying the sophistication and glamor of Hollywood with small town charisma at its fifth annual Middleburg Film Festival. Creating a magical fall weekend, the festival is held October 19-22, 2017, and will screen a mix of Academy-Award contenders, documentaries, foreign language and independent films. 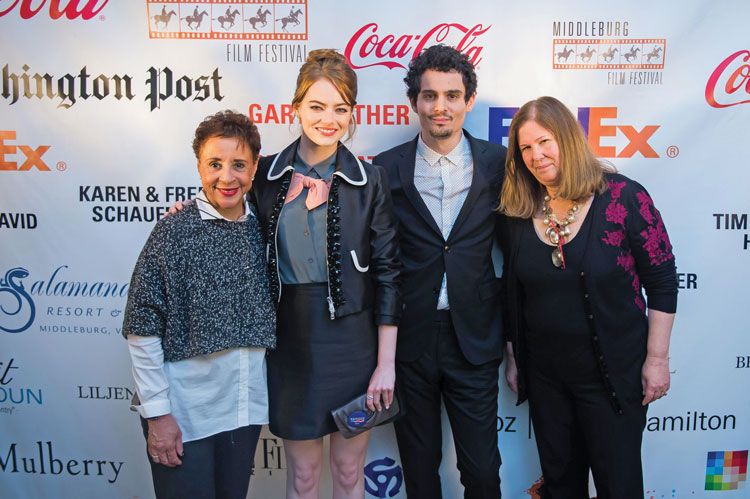 The powerhouse team behind the festival is led by Susan Koch and Sheila Johnson. Johnson is the founder and board chair of the festival and serves as the CEO of the Salamander Resort, vice chairman of Monumental Sports and Entertainment and president of the Washington Mystics —and is a longtime resident of Middleburg. She has been a board member of the Sundance Film Festival and has been the executive producer and producer of many films.

“As an avid filmgoer and film producer, I’ve seen over and over the power of films,” Johnson wrote in the festival’s welcome note. “Movies have a rare and magical ability to inspire, to educate, to engage and entertain. They lift us up out of our everyday lives, help us see others’ points of view, and build new bridges of empathy and understanding.” 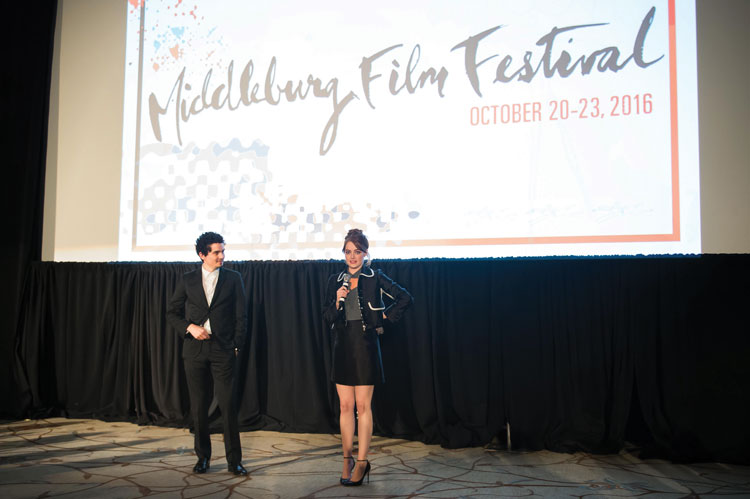 Executive Director Koch is proud to showcase many films directed by other women and operate a festival committed to showcasing diversity. Koch is no stranger to participating in festivals herself, as she is an EMMY and Peabody award-winning filmmaker.

In past years, the Middleburg Film Festival has welcomed celebrities Emma Stone, Damien Chazelle and Meg Ryan, and 2017 will continue the trend of a strong Hollywood presence. Celebrities this year include Lee Daniels, Dee Rees and Greta Gerwig, whose directorial debut is the much-buzzed about film Lady Bird.

“We celebrate the people who really make the films, those unsung heroes—the composers, the screenwriters,” said Johnson. True to her words, composer Nicholas Britell, the composer of Moonlight and the eagerly anticipated Ocean’s Eight, will be discussing his work, while the Shenandoah Symphony will provide a live accompaniment for screened selections from his films.

The festival will open with a showing of Darkest Hour, a film chronicling Winston Churchill in the early days of World War II. The film stars Ben Mendelsohn as King George VI, and Mendelsohn will be joining the festival.

Popular events at the festival will be Wine & Conversation with a leading filmmaker or actor hosted by Vanity Fair special correspondent Maureen Orth at Boxwood Estate Winery and a farm-to-table dinner with filmmakers at Greenhill Winery & Vineyards. 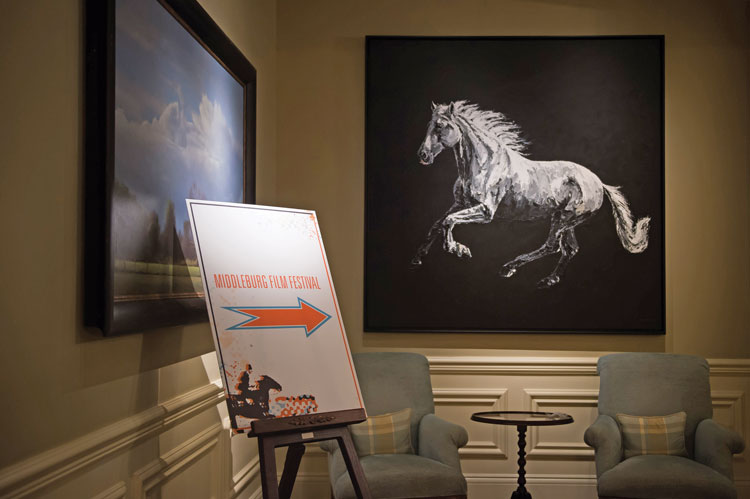 “I think that’s what makes this film festival so special: It’s about Middleburg. It’s a celebration of the town,” said Johnson. “We have our talks in the wineries, we have farm-to-table dinners. People are tasting wines and going to dinner in town. It’s a wonderful fall feeling.”

New this year is the Middleburg Film Festival app, available for both the iPhone and Android. With logistical details and the schedule of events, the app is a one-stop shop for information about the films, giving users a way to purchase tickets and learn which film screenings have open seats. It even provides out-of-town guests with dining and accommodation options in Middleburg. Users can share photos via the app and receive real-time notifications and updates.

The festival is showing approximately 25 films at The Salamander Resort & Spa, The National Sporting Library & Museum, The Hill School and the Middleburg Community Center. While advance ticket packages are available online, individual tickets to regular screenings are $15, and the student price with a valid ID is $10. This year’s festival will likely see 4,000 guests from the greater Washington, D.C., area, and from all over the country. ML