Americana, Middleburg and the Holiday Parade

By any measure, Middleburg is a special place. The town hosts an internationally acclaimed film festival and an assortment of major equestrian events.

Despite its reputation as the nation’s “horse and hunt capital,” however, nothing defines the town like the Christmas in Middleburg parade. It is an institution that has taken place since 1972 and has steadily grown in popularity so that it brings in audiences from far beyond the borders of Loudoun and Fauquier counties.

I recently spoke at length with Jim Herbert, who has been involved with the parade for more than a decade, but has chaired the annual event for the last six years. Herbert, a Middleburg native, has overseen the parade during the period when it began to capture national attention. 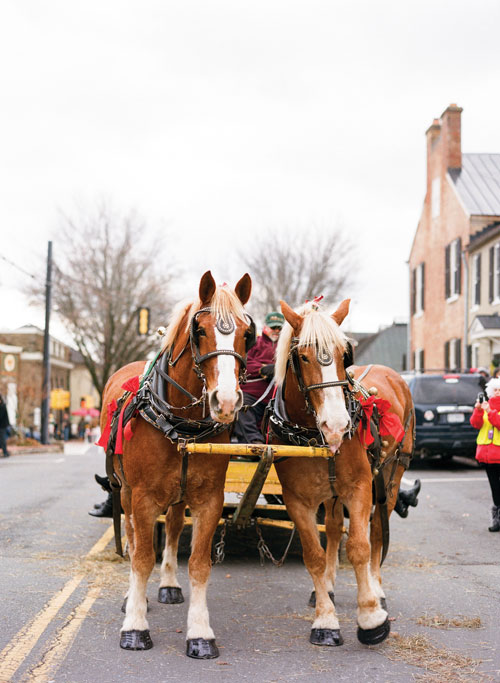 For the first 20 years, the parade was a small hometown event. “At the very outset, it was purely, organically, a local outburst of celebration and recognition for Christmas,” Herbert explained, but something started to shift. “People whose grown 35-year-old children [began] bringing their children back, because when they were kids here, it was something meaningful,” Herbert pointed out.

Of course, weather will often dictate the size of the crowd, but press coverage on a national scale has influenced recent turnout. “Voice of America came in three years ago,” Herbert told me. “They happened to have a [photographer] that was out here, four years ago, as a freelancer.

“And the freelancer tried to come back and sell them, ‘You need to do a story on Americana. This is a real, authentic slice of American life.’ Well, the next year,” according to Herbert, “they came back with a whole videography crew and did a Voice of America production special.” 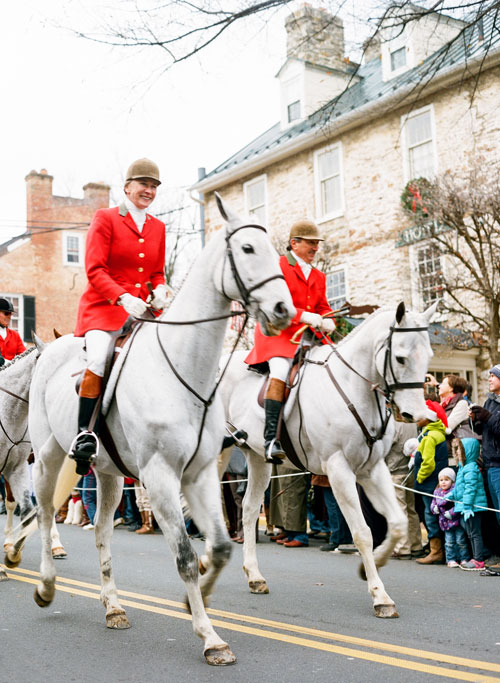 After the Voice of America program aired, the regional and national press picked up the story. Matt Lauer even mentioned it on the “Today” show. As a direct result, crowds at the annual event began to swell.

Of course, many towns and cities have holiday parades. This still begs the question: What makes the Middleburg celebration so popular?

In an age of increased commercialization, Herbert theorizes that “each one of [the floats] represents a thread woven into the fabric of this community; they are all about things that people love about living here and being involved here and being engaged here; and not just living on top of a geography, but living within a community.” For everyone that attends, there is also a sense, Herbert went on to say that the parade “expresses the joy of Christmas message and [the message of] Christmas in Middleburg as a loving, welcoming event.” How can any idea be more seasonally appropriate?

As a result of this effectively communicated message, the parade attracts a demographic that is primarily families with children. According to Herbert, “30 percent are regional, 60 percent come from Northern Virginia, D.C., and Montgomery County, and the other 10 percent come from more than 100 miles away.” So, these families are drawn to Middleburg, in Herbert’s view, “because of an experience of warmth and welcome.”

One impact of the increasing number of visitors is the stress it places on the town’s infrastructure. There is a feeling among some, according to Herbert, that the “genie should be put back in the bottle.”

On the other hand, he is quick to counter, “The whole thing helps all the members. That’s a good quid pro quo. The day of the Christmas in Middleburg parade day is the largest single cash revenue day of the calendar year for Middleburg restaurants and retailers.

“It’s our version of Black Friday. So, [the Middleburg Business and Professional Association] supports Christmas in Middleburg because it helps from an economic development standpoint, materially, every business in town.” 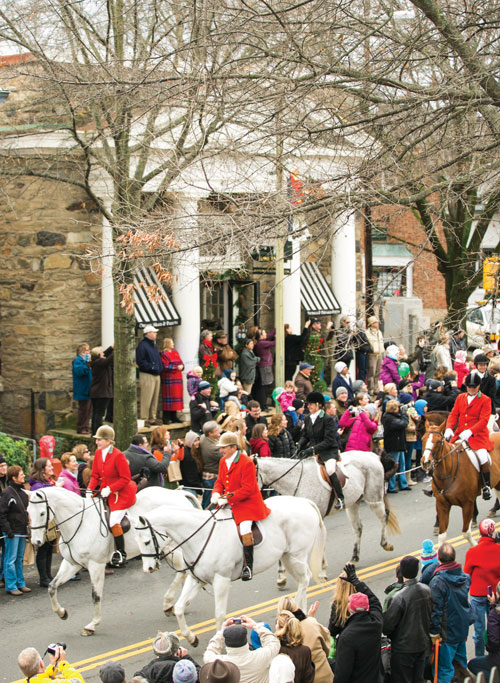 Whether viewed as cathartic or an economic boost, in the end, the Christmas in Middleburg parade offers an antidote to holiday traffic, shopping malls and an over-commercialized sense of the season. The town of Middleburg opens its arms and invites visitors to experience a slice of Americana or possibly a part of their childhood that they hope to reclaim if only for a single day. ML