I arrived at Middleburg’s Foxcroft School one evening in early October to find Maria Evans and 10 of her high school students presiding over a group of 50 middle school girls from several of the region’s private schools. As part of a program designed to get these young women excited about STEM (science, technology, engineering and mathematics), Evans was teaching them to code their own versions of Frogger.

Do you remember the old Frogger arcade game? If so, you may recall that it challenges players to successfully maneuver a frog across a busy highway without getting run over.

Can a 35-year-old video game help orient young, 21st-century women toward STEM fields? Evans, the STEM Department chairwoman at the all-girls Foxcroft School, thinks it can.

While numbers continue to improve, women are far outnumbered by men in all STEM fields. The National Girls Collaborative Project reports that women represent between 18 and 20 percent of students studying engineering. In the field of software engineering, it is closer to 16 percent.

Evans, who spent her early career in the aerospace industry, explained that she is “always looking for the hook to get the girls excited.” She went on to point out that the “focus at Foxcroft is to motivate and inspire girls in particular. I have not been involved in an event designed for both boys and girls,” she told me. On the other hand, Evans went on to say, “the program is geared at reaching both genders.”

Of course, much modern educational research points toward the advantages of teaching in a single-gender environment. With regard to young women, Evans explained, “it removes the social pressure for them to stay within their gender-specific typical roles and courses. It also gives them the opportunity to explore fields that they have no knowledge of without the fear of failing in front of boys.”

This process can be empowering. Evans pointed out, “there is no fear of failure in a single-gender classroom. The girls tend to be very supportive of each other, which lifts them to a completely different level of effort and opens so many doors for safe exploration.” As a result, Foxcroft sees just over 33 percent of its graduates go on to major in STEM topics, which is well above the national average. 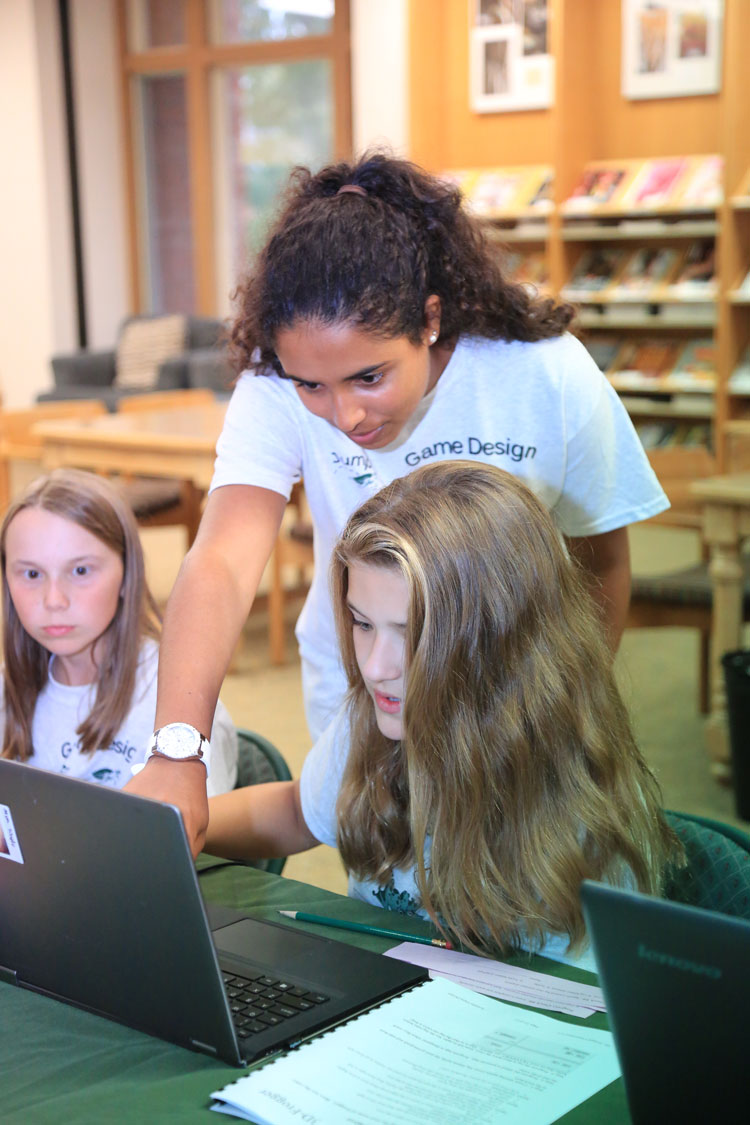 According to Evans, “the Frogger software-coding curriculum, which was developed at the University of Colorado, is more about computer thinking.” She went on to point out that the single most important takeaway for these young girls is “perseverance.”

Of course, that is a pretty important lesson that has applications in any setting and it was a theme echoed by others in attendance. Middleburg’s Pia Scharfenberg, a junior at Foxcroft who studied computer programming last year and was one of the “Frogger helpers,” pointed out that the most important lesson for her was “problem-solving and just continuing to try until something works.”

Eighth-grader Hanna Joseph of Temple Baptist School in Herndon, who started programming in the sixth grade, told me that what she found most valuable was “thinking through problems.” 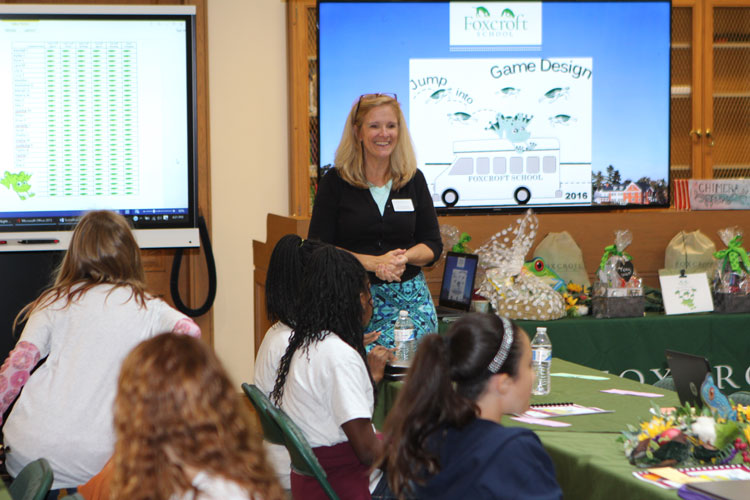 The participating Foxcroft students also came away with an important lesson in mentoring. Evans was particularly proud of her girls who acted as the “experts” in the room. They thoroughly enjoyed interacting with the middle school girls and did an excellent job coaching them through their hurdles.

Without any coaching on her part, Evans went on to say, “they chose to sit with the middle school girls during dinner and it was really fun to hear their conversations. This interaction was one of the things that many responses focused on. The younger girls were inspired to see these teenage girls with so much knowledge and compassion for sharing it.”

In the end, Evans felt the event was a complete success. “We have had enormous positive feedback with many asking when the next workshop will be,” she pointed out. “We are considering adding another event in the spring to teach the girls how to create PacMan.” The utility of 1980s video games, it seems, is timeless and this modern application appears to pay big dividends.  ML 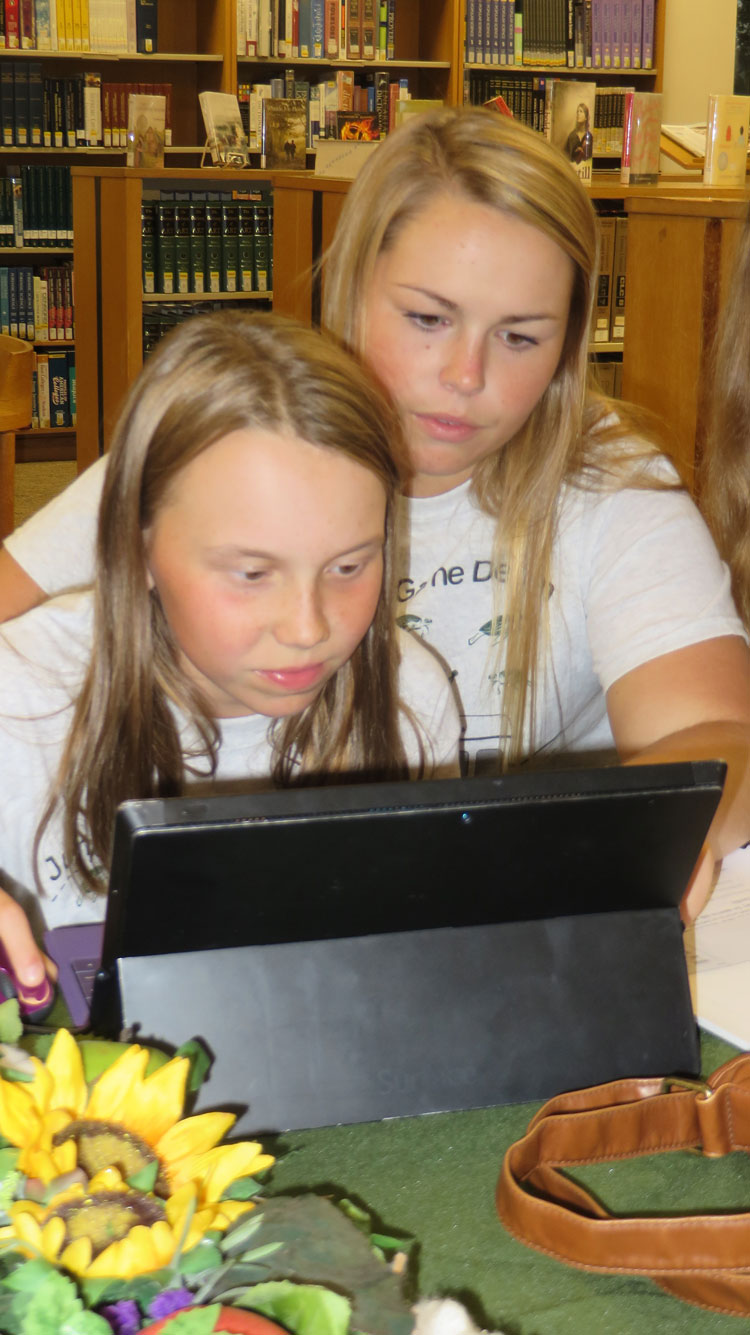