Ask Aleco Bravo-Greenberg about his parents and you may think he’s read one Hemingway story too many.

“My father was a Mexican bullfighter and my mother was a leading showgirl in Vegas in the ‘60s,” Bravo-Greenberg said during a September tour of his home.

Born in Mexico City, Bravo-Greenberg recently nestled into the local scene after growing up in Washington, D.C., and spending about a decade in Los Angeles.

At Rutledge Farm, the pristine property that has been a part of his family since the 1980s and has roots back to the 1740s, Bravo-Greenberg said he’s “living a dream.”

How does he spend his days? Working harder than he ever imagined, waking up early, restoring the 128-acre farm that includes an immaculate mansion, a guest house, stables, indoor arena, outdoor track, fishing pond, carriage house and polo field. 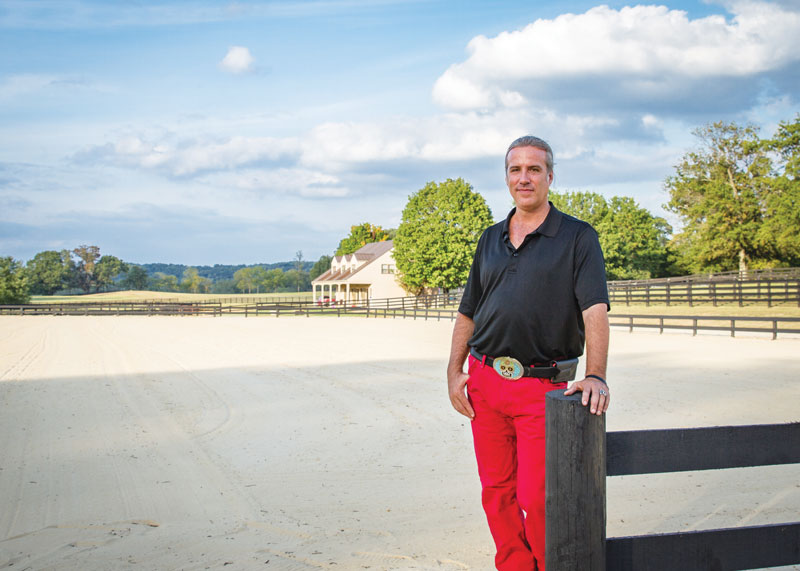 Bravo-Greenberg at his new riding ring

“It’s good for my soul. I love it out here,” Bravo-Greenberg said. “It’s the most challenging work I’ve ever done by far, and I’ve done some complicated tasks. I didn’t know anything about farms before I came out here. Every day for me is learning something new, and every day something goes wrong. But you’ve got to figure it out.”

After his birth father’s death by car accident in 1970, Bravo-Greenberg’s mother met and married Hermen Greenberg, the late DC-region real estate mogul and philanthropist. Bravo-Greenberg fondly remembers his stepfather as his best friend and mentor.

Monica Greenberg, his mother, still lives in the District and visits the farm every couple of weeks to take in its serenity.

“Everything you see here, the vision, my mother created it. All the little details, the placements of all the trees, the colors — that’s her,” Bravo-Greenberg noted with profound pride.

Aside from overseeing and revamping the farm, Bravo-Greenberg has his hand in a hodgepodge of other affairs. He is a founding board member of the Middleburg Film Festival, arriving in this its fourth year Oct. 20, he’s involved in a film-production project with a few other well-known Middleburg residents and is collaborating with other friends on a wellness supplement.

But the farm is clearly his passion.

Well, it and Sandra, his wife of three years. Rutledge, of course, was the wedding venue. Like Monica, Sandra is a former sidesaddle champion well-versed in the equine scene. 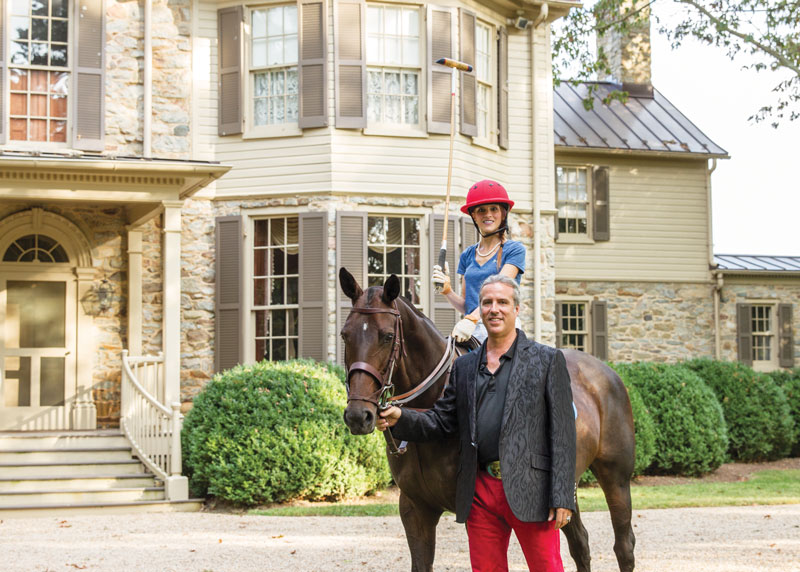 The couple’s home is a special, historic place. Rutledge has been home to a slew of noteworthy thoroughbreds, including Colonial Affair, a colt who won the 1993 Belmont Stakes and took more than $1.5 million in lifetime purses. A 13-1 long shot, Colonial Affair was jockeyed by Julie Krone, who remains the only woman to win a Triple Crown race.

Two other prominent horses from the Middleburg farm include Sur La Tete, who retired in 2007 as the fourth-leading earner in the history of the National Steeplechase Association, and Researcher, a horse of humble beginnings that Hermen Greenberg purchased for $5,000 and ended up winning more than $1 million in its career.

“My father saw something other people didn’t,” Bravo-Greenberg said.

Aleco’s relocation to Rutledge became official last year. The entrepreneur-turned-farmer appears at ease with his decision to live a quieter country life in Loudoun County as opposed to the hubbub of LA or, to a lesser degree, DC.

The farm is a “little paradise,” something worth preserving, he said.

“Mom and Dad put a lot into this farm to make it into what it is. My father and my mom always told me to be a good member of the community. You see something like this farm, now it’s in my hands, and I need to supercharge that and take it to the next generation. And when I have children, I’ll need to teach it to them.” ML 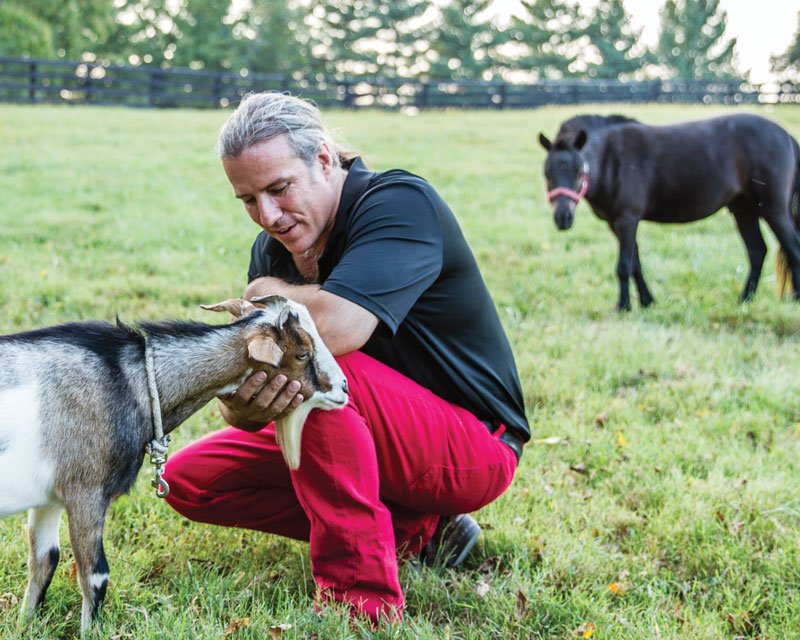